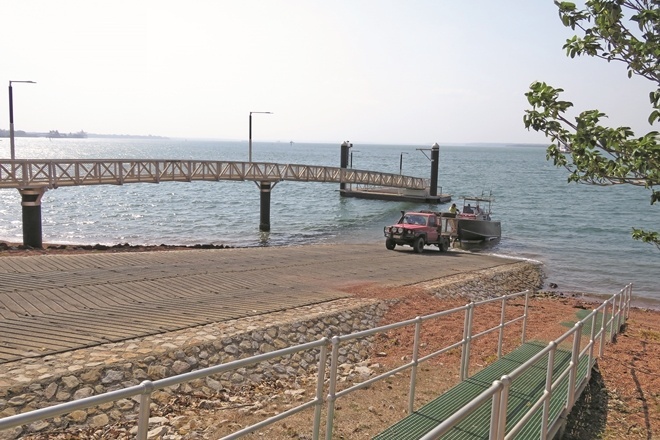 Queensland has the highest number of registered watercraft in the country yet boating access via boat ramps is severely lacking or overcrowded in many areas.

WOULD you be prepared to pay for better fishing? I’ll bet that as soon as most fishers are asked that question, they immediately think of a fishing licence imposed by the government, then imagine the funds for that licence disappearing into government coffers as per most of our other taxes. QLD fishing licence

Well, what if we were guaranteed that any monies collected were managed and administered by an independent board, composed of recreational fishers statewide? It’s the stuff of fishing fairytales I hear people say, but are the naysayers aware that this arrangement is already established in NSW, Western Australia and Victoria?

In fact, the question they should be asking here is why the heck is it not happening in Queensland! Well… how much would it cost? Let’s look at what the other states charge. In Western Australia it’s $40 per year, in NSW $35 and in Victoria $37.20. That’s about the cost of half a carton of beer, depending on what strength or brand you drink.QLD fishing licence

And here’s something else to consider… Queensland already has the stocked impoundment permit – a $50 a year fee that fishers pay to visit most of our dams. This scheme was established to help fund the introduction of fingerlings into these man-made water storages and – in spite of several attempts by certain bureaucrats to get their greasy fingers on the proceeds – the scheme still works fairly well.

But why should I pay for something I’ve been doing for free all my life? How about we approach this from a positive point of view. Let’s not look at it as an imposition or another tax but rather as a personal contribution to making our fishing better – and the bottom line is that most of us would jump at such an initiative, if we were guaranteed our hard-earned cash was being used to improve fish stocks.

Generally, as soon as we hear the word tax or levy, our government-seeking beacons start flashing big time, so selling it as an enhancement contribution rather than the usual recreational fishing licence might be better understood and accepted. Hasn’t all this been hashed over many times before? Yes!QLD fishing licence

In fact, I’ve been involved in this debate since the 1980s through my participation in the now defunct Sunfish organisation. Bill Sawynok and I were tasked with presenting a paper on the subject and we delivered our findings that a recreational fishing licence seemed the best way to go… way back in 1986! I then followed this up 10 years later with a further report, which was openly applauded at the 1996 annual general meeting.

Still nothing happened. Then came the inquiry in the early 1990s by Deputy Premier and keen fisho the late Tom Burns. Tom was of the opinion that a recreational fishing licence was too hot a potato politically to be imposed by the Labor Party. In its place a surrogate fishing licence – called the private pleasure vessel levy or the PPV – was imposed on all boat registrations, with the money collected to go toward enhancing fishery and boating infrastructure.QLD fishing licence

Unfortunately, the PPV levy ended up being hijacked in an inter-departmental powerplay, disappearing into government coffers, with rival ministers overruling Tom’s good intentions. What is most interesting – and should be very concerning to every fisher and boater in our state – is that this fee is still being charged on boat registrations to this day! It’s now known as the ‘use component fee’ and costs each owner of a boat or personal watercraft $23.05 per year.

With around 260,000 registered craft in our state, this equates to nearly $6 million that is being spirited away annually – a grand total of around $120 million since Tom and his committee acted in good faith all those years ago. Well, you’ve blown your argument to bits, I hear you say – you can’t trust politicians and public servants to keep their hands off any money that comes their way. But… most of the other states have trusts that cannot be rorted.QLD fishing licence

Why is it so hard to get a suitable ‘set in concrete’ agreement in Queensland? What does that say about the quality of our government? As the TV salesman is always reminding us, “But wait, there’s more.” When you consider the average boat used regularly burns much more fuel than the family car or four-wheel-drive, the question asked a million times is why isn’t the fuel tax generated from boating activities used in maintaining and upgrading marine infrastructure such as boat ramps and marinas?

With fuel tax revenue estimated to be $15 billion per year, if only 10 percent of this amount were targeted at the marine sector, our occasionally overcrowded and – in certain cases – dangerously inadequate facilities could be upgraded, or new boat ramps established to enhance access by both community and tourism traffic. The economics here just do not add up. Better facilities and better fishing equate to more people being involved more often and spending more dollars.

The significant social issues concerning physical and mental health that currently cost our health departments billions each year also factor in. The role access to recreational fishing played in providing a major positive community activity during the recent COVID-19 pandemic must be considered by the powers that be. The obvious question continues to flash like a giant neon sign… why do the politicians in Queensland continue to ignore an activity that nearly all other states realised was an economic and social win-win years ago?QLD fishing licence

Under the guidance of the late Mike Reed, the Territory took the unprecedented step to cut its commercial barramundi licence numbers from around 100 in the 1980s to under 10 currently, as well as establish a heap of extensive net-free areas in more accessible waters without impacting the amount of product ultimately produced for the market. On the opposite side of the ledger, the economic value to the state from recreational fishing has increased more than tenfold in the same period – a huge boost in relative terms.

But wait, there’s more! While Queensland barra fishers sit around for 3-4 months twiddling their thumbs because the season is closed, since 2015 the Northern Territory has run its Million Dollar Barra competition – giving away tens of thousands of dollars each year to anglers who capture a tagged fish. This has given a massive boost to Territory fishing charters that would normally have substantially reduced business as the dry season winds down.

More recently, another $50 million has been allocated to rollout the RecFishing Futures Program – an initiative that has seen the establishment of a network of fish aggregating devices and artificial reefs at many popular access points along the coast. This program also includes a strong message concerning ‘fishing responsibly’, with the reminder that “Tomorrow’s fishing starts today!” Western Australia has a similar theme, “More places to fish, more fish to catch, healthy habitats, abundant fish stocks!”QLD fishing licence

Of course, the Northern Territory tourist season suffered significantly because of the COVID outbreak, but even that event was handled positively by its forward-thinking tourism department. Members of the community were invited to apply for a $200 voucher to be used to support local tourism businesses, and millions of dollars were handed out, with much of that money supporting local charter guides.  Back in Queensland, it’s glaringly obvious that recreational fishers make a very significant contribution to our state and country’s economy.

Personally, I still think that an enhancement fee is urgently needed – provided the money is placed in a trust fund that is solely administered by fishers. We need this independent representation to adequately secure our future and we should be prepared to support such a body. Even blind Freddy can see that we have major problems here. Rec fishers in our state are so far behind in the enhancement stakes that we haven’t even made the straight, while our neighbours have already crossed the finish line!QLD fishing licence

Boating and fishing are worth more than $4 billion a year to our state economy and provide over 30,000 jobs. Why isn’t somebody in George Street falling over backwards to hear our concerns and give us support? It really is about time our state government fisheries and tourism departments moved into the twenty-first century!