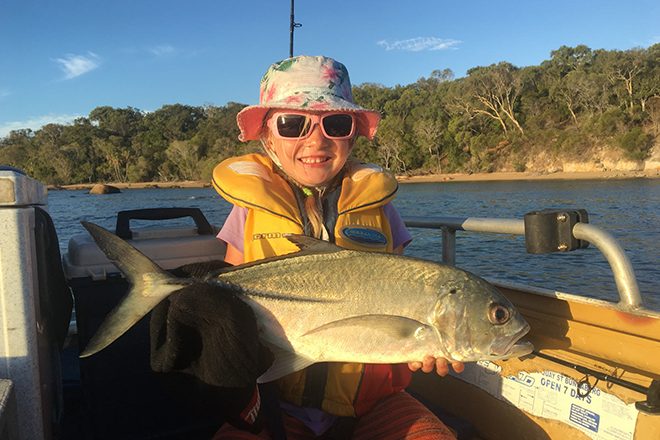 BURNETT RIVER
The trusty old Burnett River keeps producing some quality fishing. There has still been a good number of big grunter about and plenty of cod and mangrove jacks being caught along the rock walls by live-baiting or using weedless rigged soft plastics, with Zerek Live Cherabins being a standout. Some of the sand flats have produced some quality sand whiting and some nice flathead. The first of the making tide seems to be the time to fish the flats. Some of the rocky holes have seen a few big mangrove jacks and barramundi. Live prawns or poddy mullet have been the baits of choice. There are still some small prawns about with the top or bottom of the tides being best.

BAFFLE CREEK AND THE KOLAN RIVER
Both the Baffle and the Kolan systems are also fishing well, with some big grunter, mangrove jack and an odd barra all being caught. There is also a good number of big bream about. The rocky areas seems to be the places to target and fresh baits are best. Most of the sand flats have also produced some large whiting, flathead and some large sole/flounder. Rumour has it that there are still some crabs moving about the system so this will be well worth a go.

THE ELLIOTT RIVER
There is a good number of dart and whiting to be caught down at the mouth of the Elliott. Making tides using fresh worms or yabbies is the way to go. The Black Bank and Shark’s Nest have produced a few mangrove jacks and a few cod. Further upstream has seen some nice bream and some nice flathead. There are heaps of prawns about also, and it will be well worth your while to have a go as they are sweet and tasty.

LAKE MONDURAN
The Monduran barra continue to chew their heads off with up to fifteen barramundi being caught per session. The key is to fish the wind-blown points in the dam. Most of the barra have been caught using small diving lures such as the Jackall Squirrels, Zerek Tango Shads and Lucky Craft Pointers. The barra are currently in the 60cm to 80cm size range and at this size they are great fun to catch!