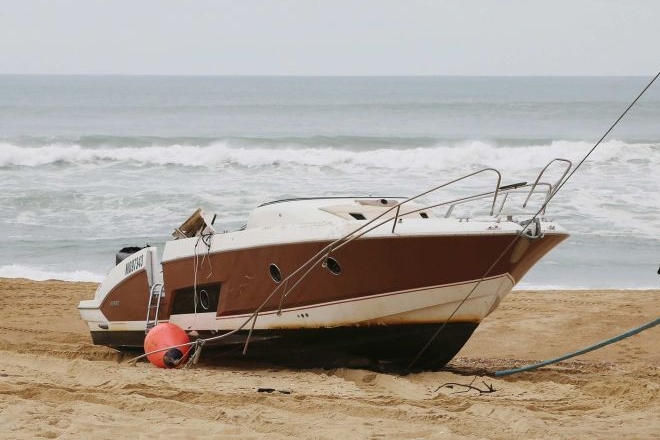 Quiksilver CEO Pierre Agnes is missing off the coast of France after his empty boat was found washed up on a beach. Photo: Associated Press

THE CEO of surfwear manufacturer Quiksilver Pierre Agnes is missing off the coast of France after his empty boat was found washed up on a beach in the country’s southwest.

The port authority of the Atlantic beach town of Capbreton said the search was launched after Mr Agnes’ 11m boat was found empty and washed ashore in nearby Hossegor.

Maritime authorities said two boats and three helicopters were involved in the search, but it has since been called off.

The area is known for intense, sometimes dangerous waves that are prized by surfers. Mr Agnes sent a message to port authorities indicating that he was delaying his return because of thick fog. His beached boat was later found empty not far from Hossegor.

“An air and sea search operation is under way,” the Landes prefecture said in a statement. Winds were light, the prefecture added, but waves as high as eight feet were hampering visibility. The search was called off late on Wednesday local time.

Quiksilver, known for its surfwear, was founded in Australia but is now majority-owned by an American investment group and based in Huntington Beach, California.

Agnes was the head of its France-based European headquarters before being named CEO of the whole company in 2015.

Boardriders, which is 85 percent controlled by US private equity firm Oaktree Capital, owns the Quiksilver, Roxy and DC Shoes brands. Boardriders Inc announced on January 5 that it had agreed to buy Australia’s Billabong International Ltd in a deal that valued the company at $197.7 million.