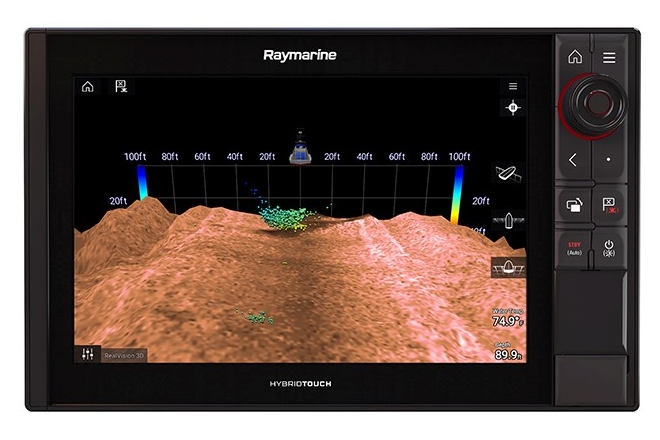 BIG news for Raymarine users of all stripes!

Raymarine is proud to announce the release of Lighthouse 3.3 software, which not only offers increased functionality for Axiom and Axiom Pro users, but boaters and anglers using Raymarine eS and gS Series units. Across these unit families, the LightHouse 3.3 operating software update provides numerous enhancements and an even more intuitive, seamless, and fluid user experience.

Owners of current Raymarine eS and gS systems who upgrade to the latest LightHouse 3 operating system will experience faster performance and streamlined operation. They also have the option of networking eS and gS-Series multifunction displays with Axiom and Axiom Pro. The feature set and operation is identical regardless of whether you have an Axiom, Axiom Pro, eS-Series or gS-Series.

eS and gS Series users will now be able to view RealVision 3D display data, provided there is an Axiom or Axiom Pro on the network. 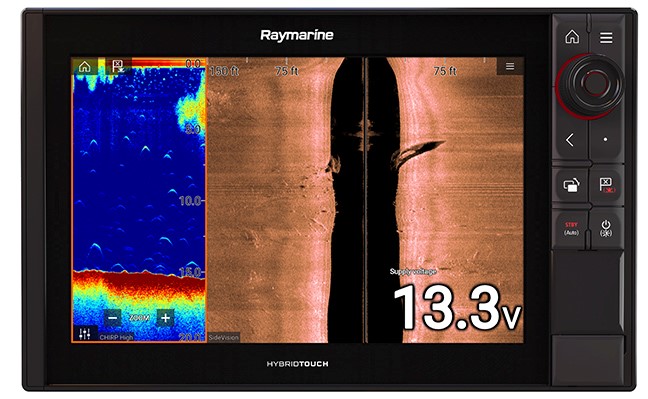 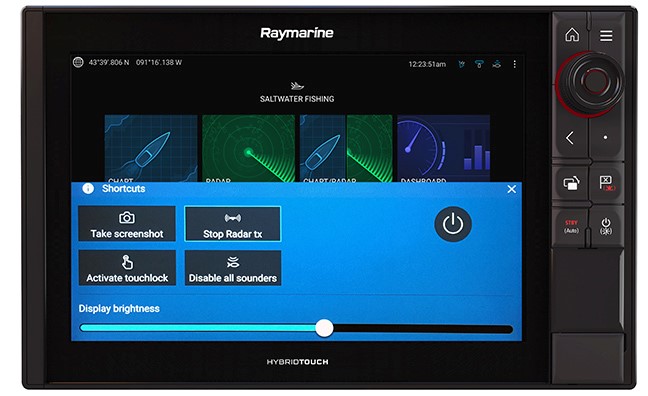 Installing the new update is simple. Axiom owners can update wirelessly by connecting their MFD to home Wi-Fi or phone’s mobile hot spot. You can also download Lighthouse 3.3 via Raymarine’s website. Owners of eS and gS systems will need to download their software update from raymarine.com and then install it using a microSD card.
Lighthouse 3.3 overview – RealVision 3D historical sensitivity

LH 3.3 adds full historical sensitivity adjustments to the RealVision 3D sonar channel. In LH 3.2, this feature was only available on the DownVision, SideVision and conventional CHIRP sonar channels. This feature allows users to instantly see adjustments to the sonar gain, sensitivity, intensity and surface filter in both the live sonar feed, as well as in the previously imaged data.

Users can now tweak the settings and see the impact immediately in the sonar history. Sonar rewind allows users to scroll back to somewhere they’ve already imaged and reveal fish, bait or structure previously hidden. From there, it’s simple to drop a waypoint and return to the exact location.

In RealVision 3D, LH 3.3. adds an optional legend to the RealVision 3D grid that defines target depth colour-coding. When set to colour targets by depth, this scale makes it even easier to tell at a glance how deep any given target is on the 3D display.

LH 3.3 now supports Navionics Plotter Sync. When linked to the Navionics Boating app on your smartphone or tablet, a user’s LH 3.3-enabled MFD can synchronise waypoints, routes and tracks with the Navionics App. Recorded sonar logs can be synced and uploaded to Navionics for processing, and updates to your Navionics charts are synced back to your MFD. This means there is no need to ever remove your Navionics charts from the boat and you can easily keep them up to date.

For trailer boat anglers and boaters with boat lifts, LH 3.3 adds a quick button for ‘Disable All Sonar’. This instantly puts all sonar systems and transducers into standby, ensuring nothing is transmitting when the boat is out of the water. This is primarily a concern for the latest generation of CHIRP broadband transducers working at 1kW and above. These high-performance models generate heat that is normally dissipated by the water. If the boat is on a trailer or boat lift, it is possible to damage them if left transmitting in the air.

For all boaters – especially kayak anglers and sailors – LH 3.3 adds a new data item that displays the battery voltage being fed to the MFD. In prior versions, battery voltage could be displayed on screen but via a NMEA2000-compatible battery charging system. This additional data item reads the actual supply voltage being fed at the power cable plugged into the MFD. It can be displayed as a floating data item on any screen – or placed on the data bar.

LH 3.3 adds enhanced AIS icon overlay mode to radar display. Previously, this was only available on the chart display. Enhanced AIS icons are vessel-type specific (freighters, tankers, sailboats, yachts and so on) so the icons are distinguishable from one another. At certain range scales, the icons are actually shown to scale, too.

Icons scale according to the actual length and width reported by their ship’s AIS transmission.