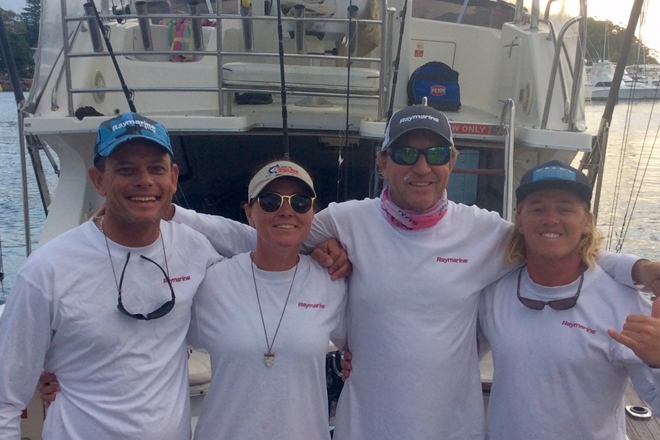 LONG-TIME charter skipper and champion game fisherman Scott Thorrington lives by a simple motto when he’s out on the water: “There’s no such thing as too much info when you’re hunting for fish.”

Thorrington, who operates Haven Charters from the NSW Central Coast, relied on Raymarine’s class-leading sounder technology to come up trumps in the recent New South Wales Game Fishing Association Interclub tournament. In fact, he says his use of Raymarine technology during the past three years has vastly improved his tournament results.

“I used to place regularly in the top five or 10 in the various tournaments I fish,” Thorrington said. “But since I’ve come on board with Raymarine, I’m now consistently placing in the top two.” Fishing from his Black Watch 34 Freedom as part of the Central Coast Game Fishing Club’s Tag & Release Team 1, Thorrington and his crew amassed a massive 49,000 points with blue and black marlin on 10kg and 15kg tackle to propel their team to winning position.
Tough conditions made the fishing hard for many of the boats in the 2017 NSWGFA Interclub, which is proudly supported by Raymarine. 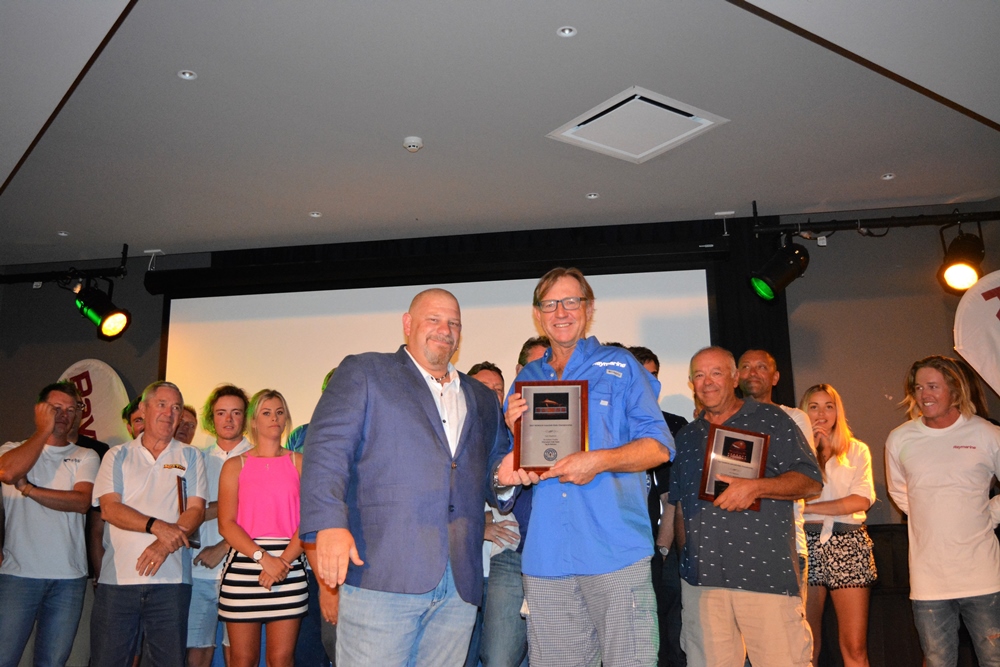 Now in its 55th year, the Interclub ranks highly on the game fishing tournament scene, each year attracting hundreds of competitors to its home base of Port Stephens in the NSW Hunter region. Thorrington’s strategy during the 2017 Interclub was to use his Raymarine CHIRP sounder to find the bait. Once the bait was found, the sounder would reveal all the information a skilled and experienced skipper such as Thorrington needed to find the fish and get a bite.

The CP100’s wide beam angle provides Freedom with the ability to find the ‘holes’ and ‘edges’ in a bait school that signify a hunting marlin is nearby. And the SideVision provided by the CP200 gives a unique perspective of bait schools on either side of the boat, allowing Thorrington to position his teasers and baits with pinpoint precision. “Raymarine’s high-definition CHIRP images allow me to see how the bait is reacting,” Thorrington said. “CHIRP doesn’t just show a red ‘blob’, it shows individual baits. And you can tell from those images exactly how those baits are reacting to any marlin that are around. That allows me to work out how to catch those marlin.”

High-pressure tournaments such as the Interclub tend to sort the wheat from the chaff, especially when the conditions are testing. The 2017 marlin season has been one of the toughest in recent memory, with fish scattered along the coast in unusually low numbers. It’s at times like these that professional game skippers including Thorrington rise to the challenge.

As his results in this year’s Interclub attest, Thorrington can produce fish like few others. But he’s the first to admit that it’s his Raymarine sounders that give him the info he needs to hunt the fish down.

You can find out more about the cutting-edge marine electronics technology that top skippers rely on at raymarine.com.au