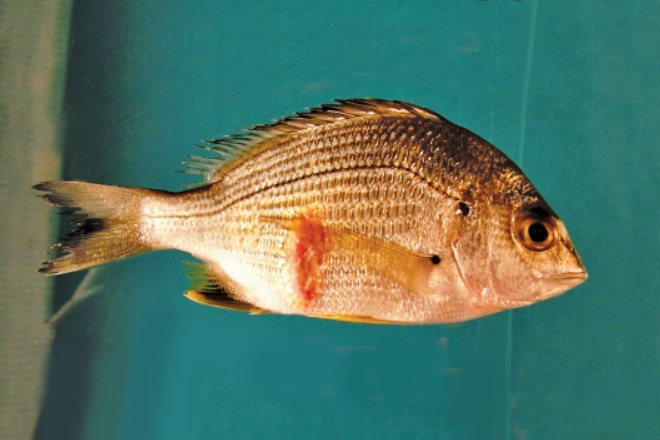 EUS is caused by a fungus aphanomyces invadans and shows as red lesions or deep ulcers.

To identify EUS, look for red spots or burn-like marks with pale edges, deep ulcerative lesions along the flanks of the fish and erratic swimming and increased respiration.

This disease is endemic in the wild in Queensland, so movement controls are unlikely, however interstate movements of live EUS-affected fish may not be permitted – check before moving EUS-affected fish into other states or territories.

Severely ulcerated fish should not be eaten.

EUS is endemic in many freshwater catchments and estuaries in Australia and has been of officially reported from NSW, Northern Territory, Queensland, Victoria, South Australia and Western Australia.

If you see a suspected diseased fish, take a photo of it, collect a sample if possible and refrigerate it and report it by calling Biosecurity Queensland on 132 523.