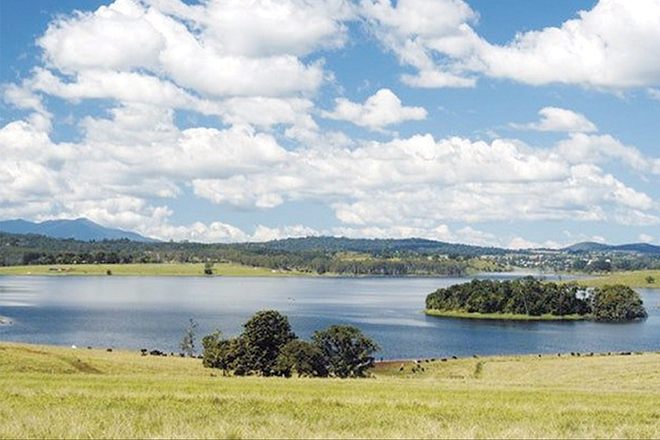 SUNWATER is reminding users of Lake Tinaroo that reduced speed limits are still in effect across most of the lake due to underwater hazards exacerbated by recent unauthorised tree clearing.

While the water level of the lake has risen in recent weeks, there are concerns around an increase in submerged hazards that have the potential to pose a serious risk to boaters. For this reason, users are urged to stick to the six-knot speed limit in defined zones until it can be safely removed by Maritime Safety Queensland.

An underwater hazard-identification survey commenced earlier this year on behalf of SunWater and the Tinaroo Safety Reference Group. The survey will map the location and height of hazards within specified areas of Lake Tinaroo (about 500ha).

Through the results of the survey, MSQ will be able to make an informed assessment as to whether the area can be safely used for high-speed boating when the lake is at low levels. In recent times when the lake has been particularly low, SunWater has received a number of reports of unauthorised tree clearing.

Because of this, recent inflows have not been significant enough to reduce the risk to high-speed activity on the lake.
SunWater general manager Operations North Travis Richards said MSQ has agreed to maintain the current reduced speed limit until the survey can confirm those areas safe for higher-speed activities.“Regardless of the reasons behind any unsanctioned tree clearing, the unplanned and unmapped nature of this has now impacted our understanding of the hazards that exist within the lake,” Mr Richards said.

“This is worrying for public safety.“As water levels have risen this month, trees that would traditionally have been visible — and therefore avoidable — may now sit just below the surface if they have been cut without appropriate permissions and mapping.”

Following completion of the survey, SunWater will work with MSQ and the Tinaroo Safety Reference Group to help address hazards in the lake and reduce risks for all users.“Ultimately, it is the responsibility of the skipper to be aware of the risks associated with operating their vessel around naturally occurring hazards,” Mr Richards said.

“The results of this survey will better prepare them for this.” Importantly, SunWater reminds the community that Lake Tinaroo is not currently closed to boating – but the speed limit has been temporarily reduced across much of the lake.

As per MSQ advice to mariners from January 25, 2018, the Severin Creek arm section of the lake is now a declared ‘no speed restriction’ zone.

Big saratoga fired up around Bundaberg