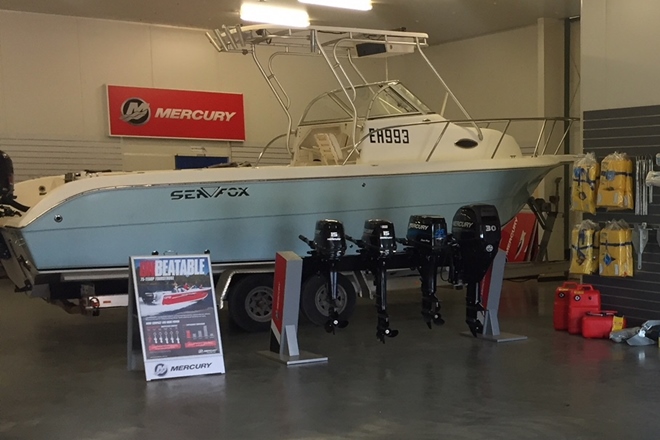 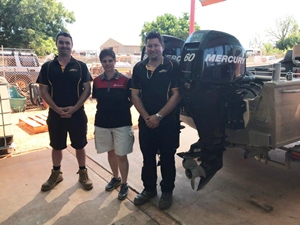 LONG known as a fishing paradise, Broome sounds like a great place to have a boat business.

“There are a lot of boats up here. In fact, most people have two!” said Nelson Jeffs, co-owner of Port Drive Marine which opened its doors just six months ago.” The workshop is flat out and we’re looking at hiring another mechanic to help us keep up,” he said.

A life-long boat lover, and marine mechanic by trade, Nelson had moved away from the industry for a few years but last year seized an opportunity to return – and moved from being an employee to employer. “I had kept my hand in doing bits on and off, and thought the time was right to start a new business. It’s worked out well,” he said.

Nelson only moved to Broome four years ago from nearby mining town of Port Headland. “I was always coming here for holidays anyway,” he said. “In Broome, people love to fish so there’s always demand for engine service and repairs. But at Port Drive Marine we can basically cater for anything – outboards and inboards, wiring, fit-outs, trailers. We’re also wanting to get more into the new boat side of things so we’re going to expand our showroom. In fact, we have just signed up with Sea Jay which have great boats for these waters.”

“I’ve always been a fan of Mercury engines,” Nelson said. “When I did my training, it was at a Mercury dealership and since then their engines have only gotten better. They have released some great new products, so I think they are clearly leading the market now.”

With the business going so well, there’s a danger Nelson might not get in as much fishing as he’d like off the side of his 7.7m fibreglass Sea Fox walk-around.

“I usually go off-shore, and we’re heading into some really nice cooler weather but who knows if I will be able to get out of the work shop!”