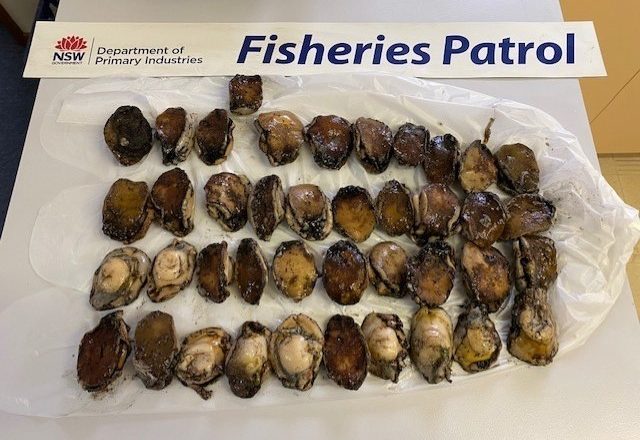 In one incident 41 Abalone weighing 2.8 kilograms were seized from a restaurant near Lithgow NSW and a $500 penalty notice was issued.

Restaurants in Central West NSW caught up in fishy business