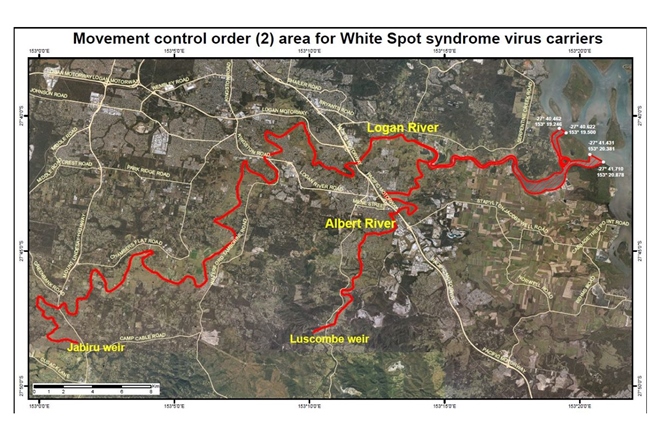 This detection follows the recent confirmation of the disease on two prawn farms in the region. Additionally, a third property nearby has now been confirmed as infected. The positive river samples were collected from the Logan River adjacent to one of the affected farms and at a second site 500m downstream. Surveillance will increase in the river to determine the scale of the disease in natural waterways.

White spot has had devastating impacts in other countries, particularly in relation to aquaculture prawns. The disease can occur in marine environments and affect all types of decapod crustaceans as well as polychaete worms. To reduce the risk of the disease spreading to other areas of Queensland and other states, a movement control order has been applied to the Logan River from Jabiru Weir and Luscombe Weir to the mouth of the river.

The movement control order restricts the movement of all potential carriers of the disease out of the area. This includes crustaceans such as prawns and crabs and polychaete worms. Commercial and recreational fishers are encouraged not to operate in the area because they will be unable to retain their catch and remove it from the area.

Biosecurity Queensland and Queensland Boating and Fishing Patrol will be on site advising river users of the movement controls and enforcing if necessary. 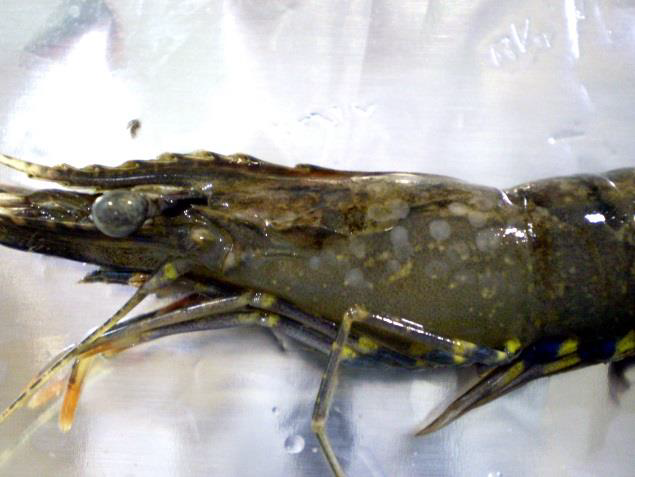 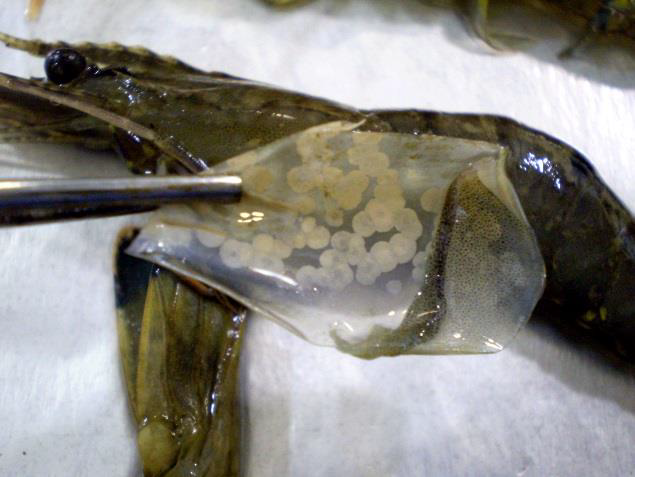 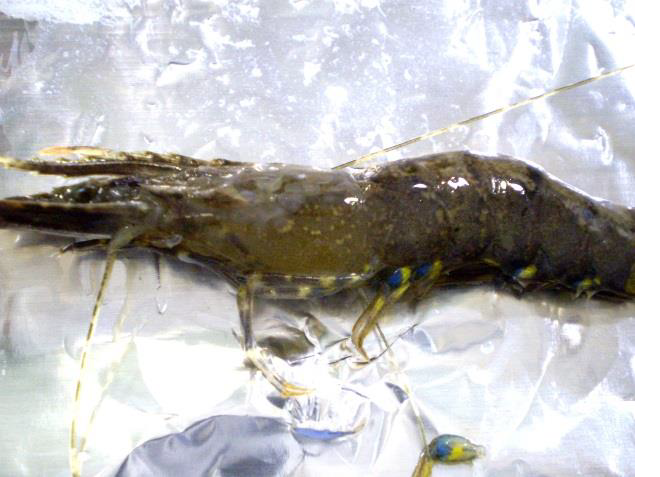 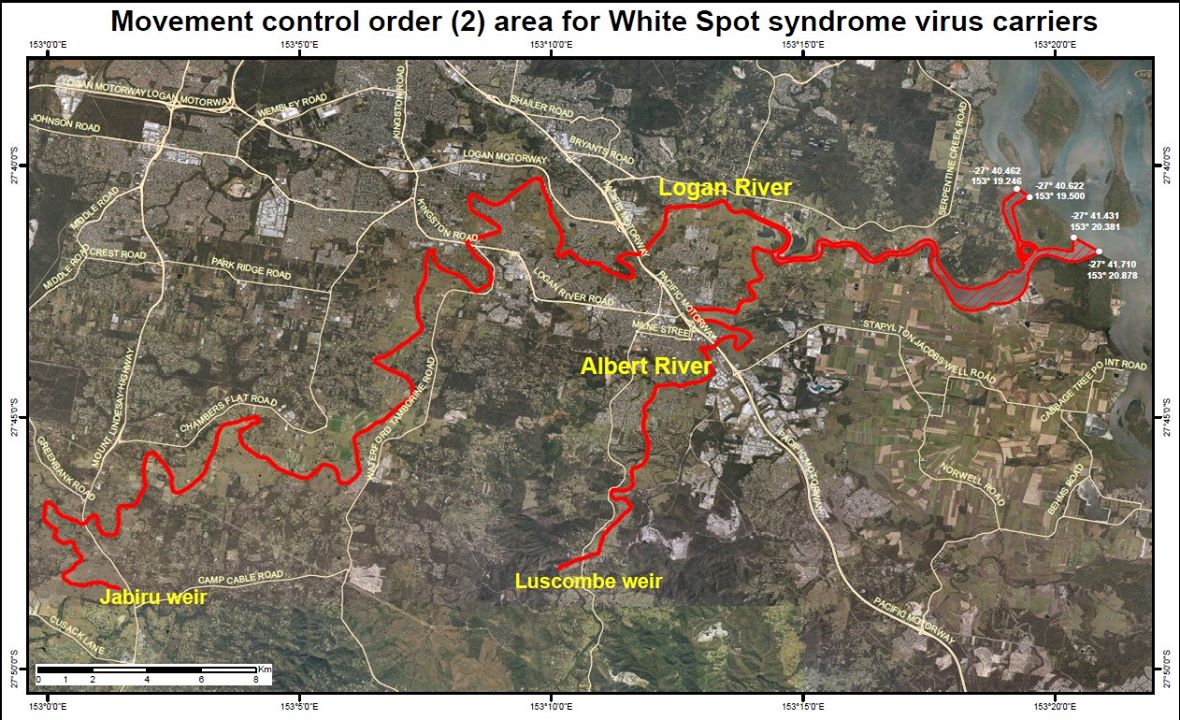 Penalties apply to people who breach the movement control order. Biosecurity Queensland has completed destocking and disinfection of one of the infected properties and will continue containment and control measures on the second and third properties today. Surveillance of all properties in the area is continuing.

It is crucial that all farmers monitor their stock closely and report any unusual signs to Biosecurity Queensland on 13 25 23 or the Emergency Animal Disease Watch hotline on 1800 675 888.

WSD is a viral infection that affects crustaceans. Australia has previously been WSD free and this is the first confirmed case we have had in an aquaculture setting. Prawns with WSD may have a loose shell with numerous white spots (0.5-2mm in diameter) on the inside surface of the shell and a pink to red discolouration.

Signs to look for include:

If you suspect a disease on your property, you must report it to Biosecurity Queensland on 13 25 23 or the Emergency Animal Disease Watch hotline on 1800 675 888. Further information on white spot disease is available from the Department of Agriculture and Water Resources.