Autumn is an interesting time of year for anglers fishing the coastal waters of Queensland and northern NSW. School mackerel tactics

Common targets include bream, luderick, tailor, blue salmon and mulloway – depending on your location and inclination. School mackerel tactics

A personal favourite – which is also popular with many state-wide – is the sprightly school mackerel. School mackerel tactics

The smallest of the four popular mackerel species, schoolies are very much sought after by recreational and commercial anglers throughout their range.

Two obvious reasons for their popularity are their appeal as a light-tackle sportfish and the fact they are extremely good table fish.

Though schoolies are available in summer in the areas I fish most often – southern Queensland – I prefer to target them at this time of year.

My reasoning for this is solely because it is when we encounter the biggest specimens.

Growth rates for school mackerel are impressive, as is the case for most pelagics, and the small just-legal fish of summer are likely to be the same class as the 70cm fish you’ll encounter in June.

This is certainly the case in popular southern locations such as Moreton Bay, Hervey Bay, the Sunshine Coast and Bundaberg.

Bait fishing
School mackerel generally feed much lower in the water column than other mackerel species.

This makes the most commonly used tactics a little different from those used for spotted mackerel, as an example.

Spotties are regularly fished with floating bait, while those for schoolies are best fished with a sinker to put them close to the bottom.

When fishing channel markers, anchor well upcurrent and try to place your bait close to the base of the pylon.

Schoolies don’t only sit behind pylons, they’ll often hold well up current as well, as do the baitfish they hunt.

Large tripod-style markers such as the four beacons regularly attract school mackerel, where they can often be found 30m or more away from the pylons, so you don’t need to be in close to score.

Other spots to try include the edges of sandbanks where the water drops into a deep channel, similar to the Rous and Rainbow channels – keeping an eye on green zone boundaries.

The drop-offs into deeper water on the inside of Moreton and Frazer islands also produce schoolies on a regular basis.

Any area in large bays or near offshore water where baitfish congregate is likely to be visited by schoolies.

Blue pillies are the most commonly used bait for schoolies, though at times it can pay to use smaller bait such as white or frogmouth pilchard.

The rig for blue pillies is typically a gang of four 4/0 Mustad 4200 hooks, fished on a short wire trace under as much lead as necessary.

These mackerel can also be caught from the shore on bait in a few locations.

The one I used to fish many years ago was Bold Point on the southern end of Bribie Island.

A visible tide line runs southeast from the point and a white pilchard under a fair lump of lead cast along this line is the way to score a mackerel.

Jigging
My favourite way to fish beacons and pylons is by jigging with metal baitfish profiles or slugs.

Most of the beacons we find mackerel, stand in water from about 10-25m deep.

The shallower ones can be fished successfully with lures of 40-50g, while the deepest may require heavier lures if there is a bit of run in the tide.

Best of the metal lures I’ve used for jigging mackerel are the original Lazers from Javelin Lures on the Gold Coast.

Their 50g Lazer lure and 42g Lazer slug are both excellent and sink quickly and attract plenty of strikes.

Position the boat upcurrent of the beacon and so the lure is on the bottom before you drift past.

Work the lure with swift upward sweeps of the rod, allowing the lure to fall back to the bottom when the rod is lowered between sweeps.

Lower the rod at the same speed the lure sinks to prevent any slack line.

Mackerel often hit the lure while it is fluttering downwards, so any slack line will prevent you feeling the hit and will often allow the fish to get the lure deep, resulting in a bite off.

I don’t use wire when jigging because the fast movement of the lure usually results in the fish being hooked in the mouth, chewing harmlessly on the lure.

When retrieving the lure at the end of an unsuccessful drift, wind it up as fast as physically possible.

This high-speed dash towards the surface will sometimes result in a hook-up from a passing mackerel.

Gear for jigging is most often a fairly robust spin outfit, such as my old faithful Ugly Stik and a 60-sized spinning reel.

The rig is simple and consists of a 2m leader of 20kg Platypus Game Leader tied directly to the lure with a fisherman’s loop.

Trolling
School mackerel are very willing takers of shallow-running plugs and using this method you can regularly out fish those around you using pilchard.

Predatek’s deadly SandVipers have proven to be a very productive lure for school mackerel, appealing to large specimens.

We’ve had some fantastic sessions on schoolies while trolling SandVipers on Moreton Bay, Tin Can Bay, Bagara Beach and around the Newry Islands in recent years.

Drop-offs along sand banks, channel junctions and around rocky islands are top spots for schoolies.

Always use wire when trolling.

Popular types are single-strand stainless such as Malin trolling wire or nylon-coated multi-strand.

Whichever type of wire you use, rig with the lightest practical breaking strain for your tackle.

Trolling speeds for school mackerel when using minnows should be between four and seven knots. 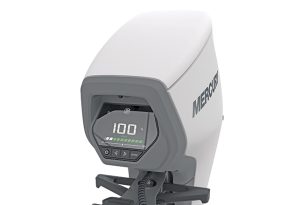 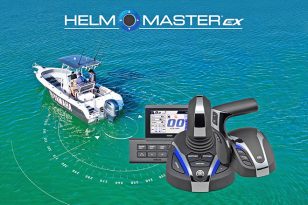