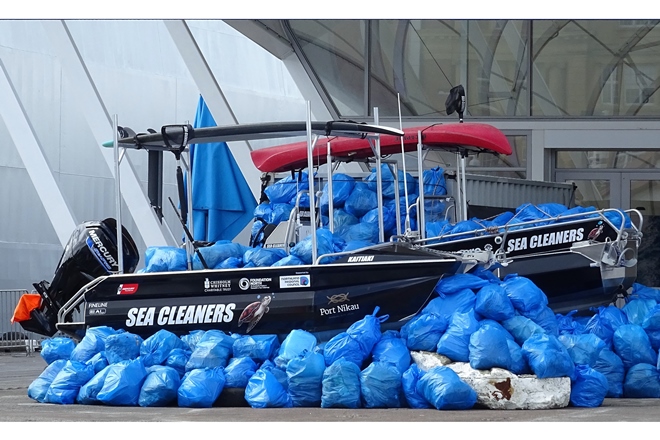 Removing rubbish from New Zealand’s Northland harbours and coastline is a never ending job, so the team at Sea Cleaners are delighted their newest boat is powered by a super-durable 90hp Mercury FourStroke SeaPro.

Sea Cleaners’ latest vessel, a 5m Blackdog Cat centre console catamaran, has just hit the water and will spend its life working along the hundreds of kilometres of coastline which are so important to Northland. 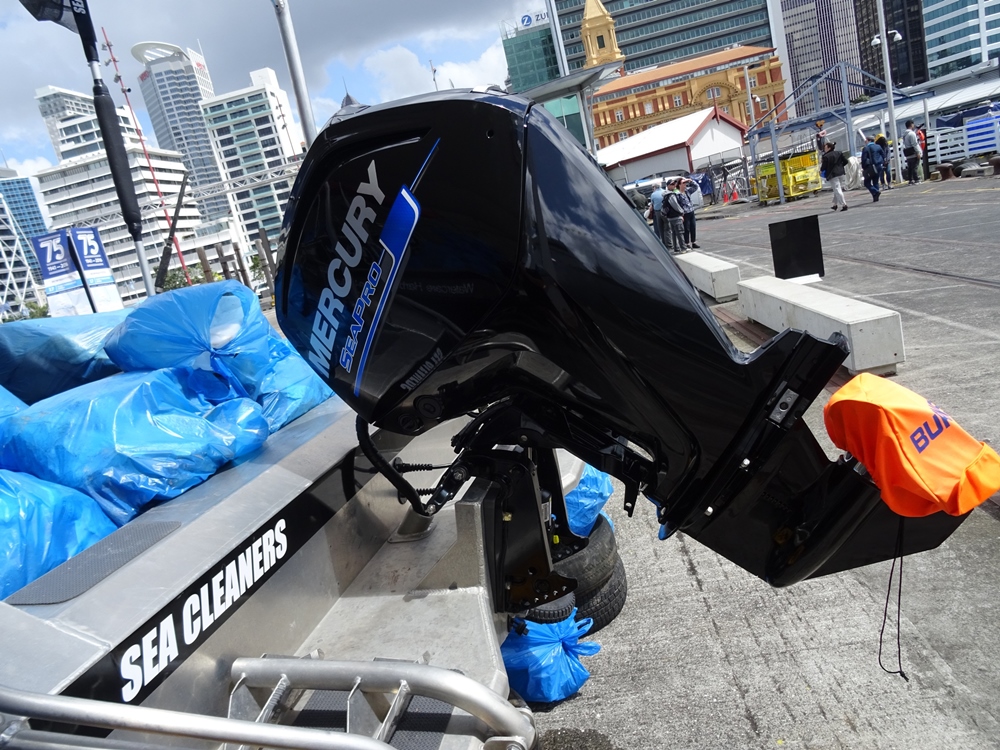 “We have had the boat in the water and the engine is just superb,” said Hayden Smith, a founder and one of the driving forces behind Sea Cleaners. “We carry heavy loads so we’ve propped the boat for a lot of torque and the SeaPro has plenty of power to turn it. The engine is really responsive, and being a SeaPro we know is going to keep on working hard, day in day out, like we do.”

Sea Cleaners expect the new boat to collect about 30,000 litres of rubbish every month. Since 2002, Sea Cleaners has removed an estimated 4.3 million litres of garbage from the seas, oceans and harbours around New Zealand. It’s a mammoth task and one that Mercury Marine is very proud to be associated with. “We’ve been supporters of Sea Cleaners for many years now, and when we heard they were getting their third vessel we were more than happy to provide the 90hp FourStroke SeaPro,” said Dean Harris, Manager of Mercury New Zealand. “We build SeaPros specifically for tough commercial operations where the boat is in the water everyday so it was the obvious choice especially with SeaPros being so fuel efficient as well.

Thanks must also go to everyone at Warren Hay Marine, in Northland, who donated their time and hard work to fit out the boat as well as extensive prop testing. Warren Hay Marine will also be supporting the vessel over the long term. The new boat is called Kaitiaki which translates to environmental protector or guardian. “Trailerable boats and tough outboards are ideal for us because we can take them to where they are needed and use local boat ramps,” said Captain Smith, who is set to welcome a fourth boat to the Sea Cleaners’ fleet early next year. “We also use them for display and educational events which is the other, very important side to what we do. We don’t just want to clean up the pollution – we have to stop polluting in the first place.” Mercury SeaPro commercial outboards are engineered to be ultra-tough working partners – engines that work as hard as the people who use them.

Tested and proven under the toughest working conditions possible, SeaPro engines are the most durable, most reliable four-stroke outboards for commercial applications – they are also easy to maintain and deliver outstanding fuel economy. Along with Mercury’s exclusive multi step paint process, SeaPro FourStroke engines come standard with an anodized driveshaft housing, further decreasing the opportunity for corrosion and improving performance and life in harsh saltwater environments.