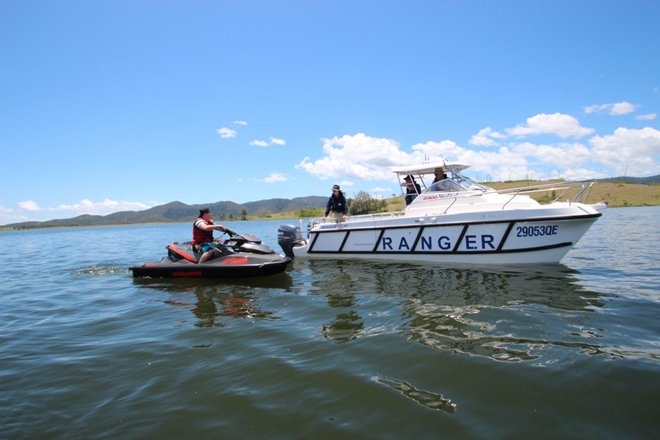 Boating safety will be the focus of Seqwater’s display at this year’s Brisbane Boat Show, with a high percentage of drowning deaths in Australia occurring in inland waterways such as dams and lakes.

Seqwater, which manages 20 dual purpose water supply and recreation lakes across southeast Queensland, has been working hard to promote boating safety through community education campaigns such as Play it safe. The award-winning campaign encourages the community to take responsibility for their safety at Seqwater’s dams, lakes and parks and offers helpful tips to make it easy to enjoy the great outdoors safely.

Seqwater will continue to promote its safety message with a stand located in the Boating Safety and Education Zone at the Brisbane Boat Show, held at the Brisbane Convention Centre from August 19-21. According to the Royal Life Saving Society’s National Drowning Report for 2014-15, the most common locations for drowning deaths were inland waterways such as rivers, lakes and dams with 37 per cent of all drowning deaths taking place in those areas. Research also shows 20 per cent of drowning victims had been using watercraft immediately before their death.
With more than 2.6 million people visiting Seqwater’s lakes and dams each year, Seqwater’s

Acting chief executive officer Jim Pruss said spreading the boating safety message was ‘essential’. “Our Seqwater rangers regularly patrol our lakes, but they can’t be everywhere, so it’s important
we educate the community so they can be safe while out on the water,” Mr Pruss said. Seqwater’s stall will feature a touch screen display in which users can access an interactive map as well as boating content. Seqwater employees will be on hand to distribute information and answer any questions.

The Brisbane Boat Show is one of Australia’s leading boat shows with more than 10,000 people expected to attend the three-day event. Seqwater will be joined by a number of other agencies within the ‘Boating Safety Zone’ including Marine Safety Queensland, Queensland Boating and Fisheries Patrol and Queensland Water Police.
For more information about Seqwater and its services visit seqwater.com.au