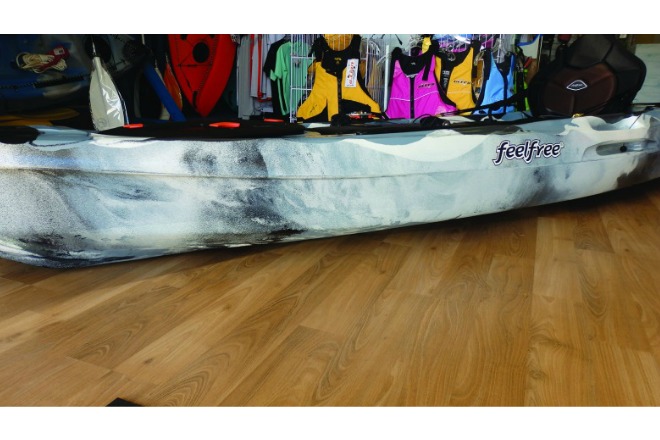 How to Choose a Kayak

SO you have saved up your hard-earned and the time has come to choose a kayak to buy.

You have been trawling the internet and realise that kayaks come in an array of lengths, widths, weights and prices, and that every seller is making claims of this, that and everything else.

Well hopefully this article will give you a broad understanding of the basic features of a kayak and how they affect its performance without going into the science or dissecting every hull shape. This way you can narrow down the sort of kayak that will suit the type of fishing and paddling you intend to do.

It is pointless to go and buy a 2.8m-long, wide-bottomed kayak with flat sides just because the price was right when you actually intend to fish in bays and open water. This usually leads to disappointment in your kayak, wasted money and an overall disappointment in the sport.

The very first thing you need to do when looking at a kayak is overlook the fancy seats, multiple rod holders, flash colours and other do-dads and concentrate on the hull, or bottom, of the kayak. This really is the business end of the craft and will dictate how it performs in any given situation.

Generally speaking, the first term you need to understand is stability. This falls into two categories: primary and secondary stability. Most people believe a wide kayak is safer than a narrower one. This may be true because wide, flat-bottomed kayaks have great primary stability, but they have other drawbacks. 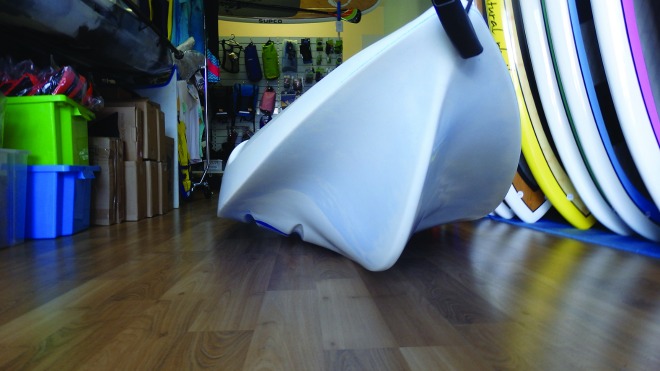 Primary stability refers to how a kayak feels when you first get in, or that ‘tippy’ feeling. The majority of new kayakers will want good primary stability, but in saying this, you learn very quickly how to control that tippy feeling. Wide, flat-bottomed kayaks are great for enclosed waters or standing up to fish, but the trade-off is speed and secondary stability.

The next term you need to understand is ‘rocker’. If you put a kayak down on a flat surface and look at it side-on you will notice the front and rear are raised (like a banana).

The greater the curve or rocker, the easier the kayak will be able to turn. This is because there is less of the kayak actually in the water. A trade-off with rocker is tracking. Tracking is how a kayak performs in a straight line. The flatter the rocker, the better a kayak will track.

Another factor that affects tracking is overall length. A longer kayak will track better than a short one. But in saying this, other factors such as the keel, keel strip and a rudder will help a kayak track in a straight line.

Now, speaking of rudders, most people new to kayaking believe a rudder steers the kayak, but the truth is, the rudder is there to keep the kayak on a straight course, which allows you to keep using your paddle for momentum instead of steering, thus saving valuable energy.

We have just mentioned length and how it affects a kayak’s tracking, but length also affects a kayak’s speed and stability. Without going into the science of hydrodynamics, the longer and narrower a kayak is, the faster it will go.

Now it is time to put all these things together. If you are looking at fishing in tight rivers or creeks you will want a kayak with a lot of rocker for manoeuvrability and a wider, flatter bottom for good primary stability and/or standing ability.

If possible, try to choose a kayak with rounded sides to improve secondary stability.

Speed is generally not an issue in these situations, meaning length is more important if you want to fish in larger rivers and lakes. The ideal kayaks for tight-water situations can be anywhere from 2.8m to 3.5m in length and 80cm to 90cm in width.

The longer, narrower models will be more suitable to ocean conditions where you require a lot of speed for punching through the surf. These kayaks have very little rocker in order to track straight and rounded chines for great secondary stability to handle rougher conditions. Because you will most likely be covering more water, it is a good idea to choose a kayak with as little width as possible in order to make paddling easier.

The reality is the majority of us can’t afford to own two or three kayaks, so what if you want something that can do a little of both?

Well these kayaks are generally 3.3-4m long and 78-82cm wide, with a mild rocker for manoeuvrability. These kayaks will be a tighter fit in creeks but will handle most bays and lakes with ease, covering everything but the extremes at either end of the sport.

Hopefully you now have a better understanding of some of the differences in kayak design and will be able to look past those ‘come in, spinner’ gimmicks to determine which kayak is best going to suit your needs and make for enjoyable kayak fishing.