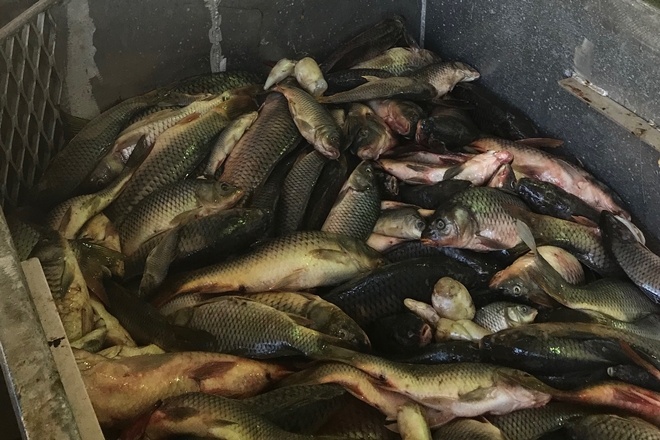 RESEARCHERS at Curtin University in Western Australia found a range of successful uses for dead carp, from fertiliser to feed.

This could help use the large amounts of dead carp, which would be generated if the all governments in Australia decided to introduce the carp virus to control this pest fish. The study investigated various utilisation options which could also be applied more broadly to deal with fish waste and found that converting carp into compost and liquid hydrolysate fertiliser are both potentially viable routes.

“Composting trials of up to 40 tonnes showed that the dead carp could effectively be used to produce a safe, nutrient rich compost for application in agriculture and horticulture. This is a viable option on both local and large scale alike,” lead researcher Dr Janet Howieson, from Curtin University, said.

“Fermentative hydrolysis for making fertiliser and use of carp as an input for vermiculture have been shown to be technically viable for smaller community based applications, and can be implemented based on the draft methods, protocols and costings in this work,” explains National Carp Control Plan Coordinator Jamie Allnutt.

The study also investigated, at small scale, the use of decomposing carp as feed for black soldier fly larvae, used to supplement fish feed in small scale aquaculture trials. Using the nutrient rich water which results from carp processing to act as input for biogas production was also considered. This research project is an important part of the National Carp Control Plan (NCCP).  The NCCP is a $10.2 million program led by the Fisheries Research and Development Corporation, on behalf of the Australian Government.  It aims to address two questions:  Is it feasible to release the carp virus to control carp?  If so what is the most effective way to release and manage the virus?