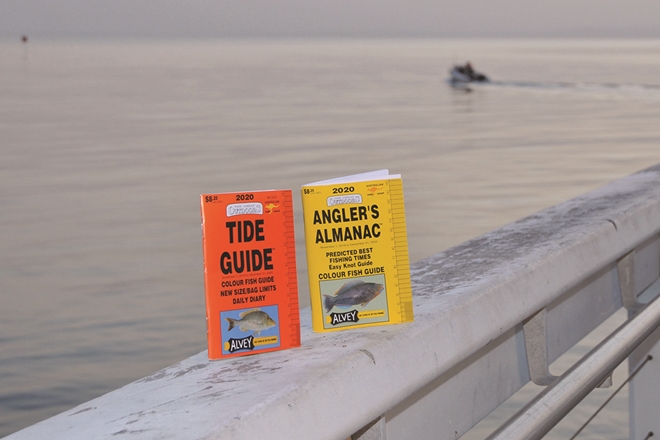 Tides now coming in for fisherfolk and beach drivers

COPIES of the definitive pocketbook guides for fisherfolk, four-wheel-drivers, caravanners and campers who go beachside on the eastern coastline, are now in retail outlets.

The 2020 editions of the Tide Guide and Angler’s Almanac publications cover a 14-month period from now until December 2020. Since 1991 they have been informing people of the most likely times and tides to catch a fish, the best times to safely traverse surf beaches, the best times to cross a bar in a boat as well as critical information relating to fish identification, fishing regulations, 4WDing tips and tying knots.

At $8.25 each, the Tide Guide and Angler’s Almanac make ideal Christmas stocking stuffers for those who like to get outdoors. The pocketbooks are sold through retail outlets including newsagents, selected outdoor equipment and tackle shops, marine dealerships and convenience stores in river and seaside locations along the east coast of Australia from Bundaberg to Mallacoota-Eden on the NSW-Victorian border and west to Perth.

The author of the books Mr Peter Layton is frequently sought out by specialist publishers to explain the correlations between lunar cycles and fishing success. A keen fisher himself, Mr Layton said, “For thousands of years, those people whose lives have been dependent on fish as their staple diet have observed the behavioural cycles of marine life and established the direct links with moon phases.”

“But they do not just affect those who go fishing. “People whose lifestyles are focused around primary industries such as farming will be more aware of this through their everyday dealing with crops, animals and insects than city-dwellers locked into artificial daily routines. Once again we’ve unravelled the complexities into easy-to-understand guides. We’ve produced the book in a form that enables instant reference to the best dates and times for fishing and have packaged them in a convenient format so they can be kept in a car glovebox, boat, tackle bag or your pocket.”