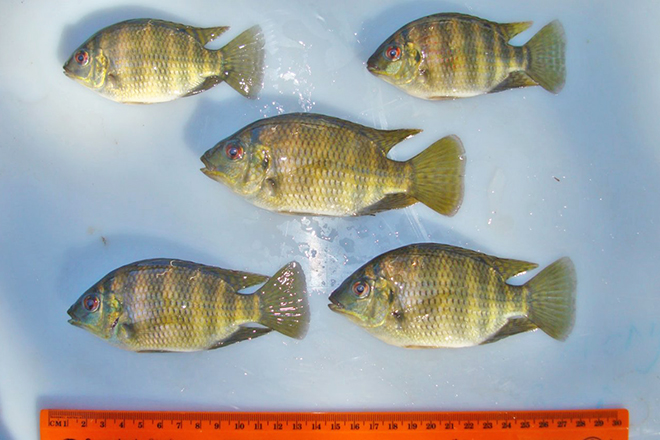 Cooby Creek is a tributary that flow into the Murray-Darling Basin. If confirmed, this would be the first instance that tilapia have been found in this catchment.

Tilapia were introduced into Australia in the 1970s as ornamental fish and are now a major threat to Australia’s native biodiversity.

Photographs of the fish were provided to Biosecurity Queensland on March 24 but were inconclusive.

Biosecurity officers conducted initial sampling in the area, but no tilapia have been found to date.

More extensive sampling will be undertaken, including environmental DNA sampling, but recent flooding has limited access.

It is expected further sampling will not be possible for the short term.

Studies have shown that around half of the Murray-Darling Basin is currently suitable habitat for tilapia, including parts of NSW, Victoria and South Australia.

It is expected that tilapia would have significant impacts on a range of native species and would lead to reduced water quality in this system if established.

There are currently no effective control methods for tilapia in open waterways.

What to look for

The spotted tilapia – tilapia mariae – ranges from dark olive-green to light yellow and has eight or nine dark bars or blotches on the sides, which is more obvious in younger fish.

The spotted tilapia grows to 30cm and has a deep body with a thin profile and long pointed fins.

The Mozambique tilapia – oreochromis mossambicus – grows to more than 36cm and lives up to 13 years.

This variety is usually dark grey or almost black, but can be silver with two to five dark blotches or spots on the side.

Breeding males can have red tips on their fins.

This fish is also deep-bodied with a thin profile and long pointed fins.

What to do if you suspect tilapia

If you see something you think might be tilapia, take a photo, note the exact location and call Biosecurity Queensland on 132 523 or report it online.

If you catch tilapia in the wild, humanely kill them and do not return them to the water.