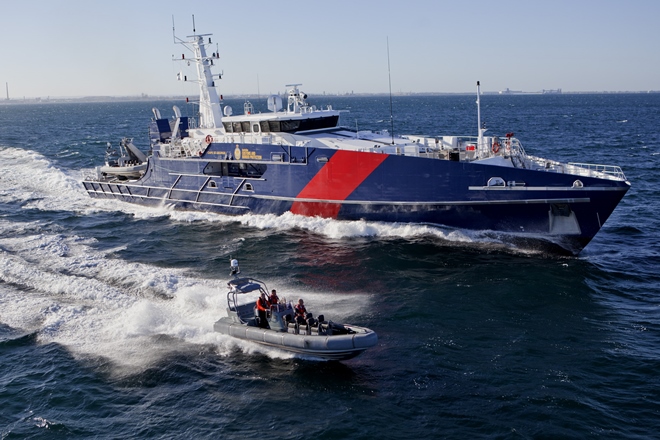 THE Pacific’s fight against illegal, unreported and unregulated fishing has been further strengthened today with the ratification of the Niue Treaty Subsidiary Agreement.

Assistant Minister for Agriculture and Water Resources Anne Ruston said the treaty would be of significant benefit to Australia’s broader security and development aims in the Pacific region. “The treaty establishes a legal framework for conducting a broad range of co-operative fisheries surveillance and law enforcement activities, including sea patrols, aerial surveillance, port inspections and investigations,” Minister Ruston said. “It also has the potential to extend to assisting in law enforcement activities beyond fisheries matters. Prospective losses from illegal, unreported and unregulated fishing are estimated to cost Pacific Island nations US$153 million each year — this treaty is aimed at putting a big dent in these losses.”

Minister Ruston handed over the instrument ratifying Australia’s participation in the treaty to the Director General of the Pacific Island Forum Fisheries Agency, Mr James Movick, who is in Australia with Ministers and representatives from Pacific Island nations for the 14th Forum Fisheries Committee Ministerial Meeting in Mooloolaba, Queensland, today and tomorrow. Australia played an instrumental role in drafting the NTSA and signed the NTSA on July 2, 2014. The NTSA entered into force on July 31, 2014 and Australia will become the 10th party to the NTSA.