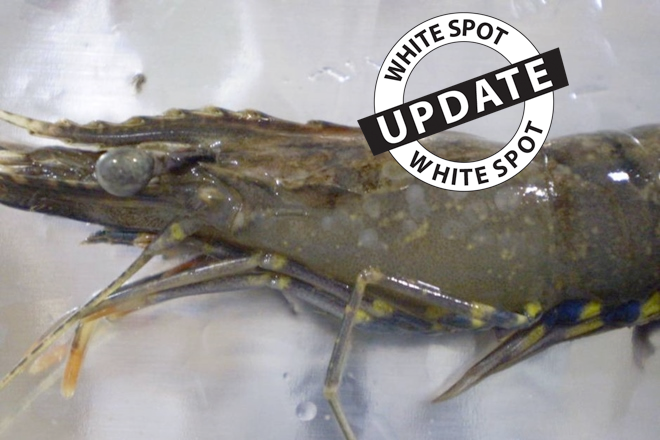 Disease control activities have resumed on the impacted prawn farms in the Logan River region after they were suspended for a short time due to the weather event associated with Ex-Tropical Cyclone Debbie.

Surveillance is continuing along the east coast of Queensland from the Sunshine Coast to Cairns. So far, eight samples, consisting of approximately 150 prawns per sample, have been collected in Tin Can Bay, Bundaberg and Cairns, with all sample results expected next week.

Queensland seafood is among the best in the world – tuck on in!

Sam Thaiday has come on board to support a new state-wide campaign encouraging Queenslanders to purchase local seafood. View and share the ‘Buy local seafood’ campaign video on our Facebook page.

The video was launched in front of 40,000 people at the Broncos versus Roosters home game at Suncorp Stadium and more than 250,000 people have watched the video in the first two weeks on Fisheries Queensland’s Facebook page. The campaign will continue throughout 2017.

The Department of Agriculture and Fisheries launched the video with assistance from the Queensland Seafood Marketing Association.

Find out where you can buy local seafood with the Love Australian Prawns Seafood Finder and do your bit to support the Queensland seafood industry.