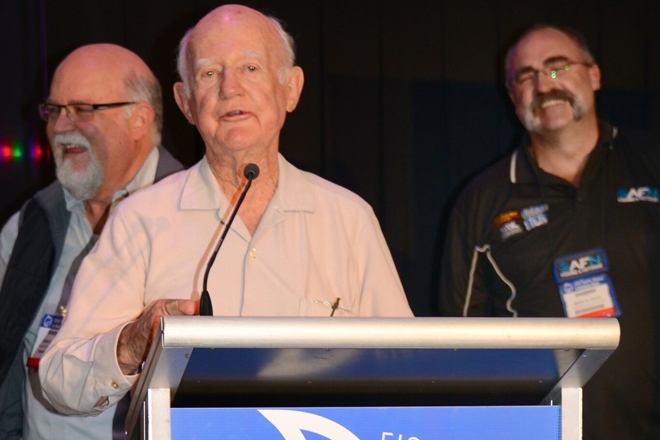 Wilson Fishing founder Les Wilson certainly left his mark on the Australian tackle and fishing industries after more than 70 years in the trade. He will be sorely missed and fondly remembered.

L Wilson & Co. (as it was known back then) was established in 1946 by Les, starting as a small manufacturing business that made swivels on the kitchen table of the family home. Recognising a need for rod building components, and being a fitter and turner by trade, Les began producing ferrules, reel seats and guides for Butterworth rods.

Between the late 1950s and late 1960s, L. Wilson & Co. was the largest manufacturer of rod-building components in Australia and was one of Australia’s largest buyers of brass tubing. It was also during this period that Les developed the much-copied rolled ferrule – a ferrule design that had a rolled lip to allow easier insertion of the male portion.

These days, Wilson Fishing employs over 50 staff at its Brisbane warehouse along with nine sales representatives around the country. Proud of and endlessly interested in his company, Les still visited the headquarters weekly, though Wilson Fishing is now directed by his sons Graeme Wilson and Jim Gibbs and managed by Kord Luckus, who has worked at Wilson for over 18 years.

Many family members work within the company and many employees have been at Wilson long enough to be considered family. After more than 70 years of operation, Wilson Fishing remains 100 percent Australian owned and operated and all employees are extremely proud of this fact.