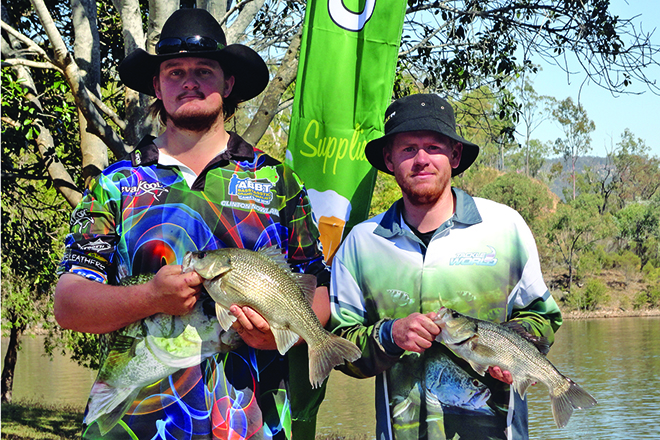 ANGLERS travelled to Cania Dam in the North Burnett region to attend round three of the X-Factor Basstasstic Australian Teams Championship qualifying round.

A good line-up of teams turned up to challenge each other and most anglers stayed at Camp Nowland for the weekend, having a ball both on and off the water. Newcomers left with great memories and said they will be back to stay at the camp after having so much fun. What more could you want than hot showers, hot food, a bonfire and heaps of fishing talk.

Day one of the tournament saw all teams fish it out against other teams, with nine teams finishing in the cash pool and nine in the prize pool. Plenty of fish were landed by some, while others found it hard in a fairly tough bite.  A lot of fish came from the basin area on all sorts of lures, with no one lure really standing out.

Saturday night saw plenty of anglers with a plan but it took a local team with a pre-fish plan to win in the cash division come Sunday. Team Predator, comprising Clinton Nowland and Ben Jenkins of Monto, fished the timber areas on day two using Z-Man plastics in Baby Bass colour rigged on 1/2oz jig heads.

They knew the fish were there and only had to wait for them to come on the bite, which they eventually did, giving Clinton and Ben a $950 win after their two good fish saw them finish with 860 points. They also won the Evakool Big Bass prize and the Big Bass cash pool of $340 thanks to a 456mm to the fork bass.

Second place in the cash section went to team RU Fishing, made up of Toby Gibson and Corey Gear of Toowoomba. Their final score of 798 points won them $750 cash.

Third place in the cash division was taken out by team Bass Gasims, consisting of Trevor Crofts of Mundubbera and Jason Crofts of Mackay.
A score of 789 points saw them win $375 cash.

Second went to team Bass Wranglers, consisting of David and Matt Burke of Toowoomba, with their score of 370 points. They won the Gatton Home Brew, Camping & Fishing Supplies prize.

Coming in third place was team Bearded Burblers, made up of William Schloss Jr and Buddy Walsh of Murgon, with a score of 364 points seeing them take home two Shimano Sedona 1000 spin reels.

The next and last qualifying round before the grand final will be held at Wuruma Dam on October 28 and 29. All anglers are welcome to join in and explore a new and untested dam full of big bass. Thanks to all our sponsors, the competitors and Clinton and Karen Nowland for all the meals at Camp Nowland. 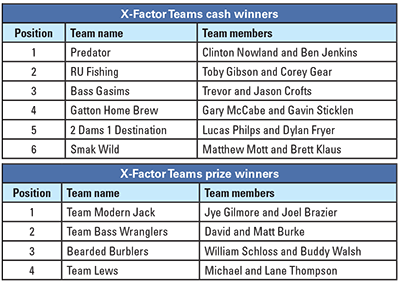