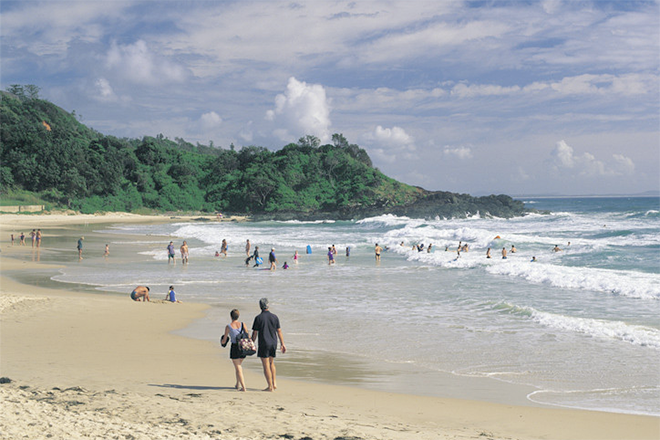 BEACHGOERS are encouraged to be SharkSmart, with a multi-faceted campaign under way together with the NSW Government’s $16 million Shark Management Strategy to reduce the risk of shark attacks this summer.

NSW Department of Primary Industries deputy director General Fisheries Dr Geoff Allan said the SharkSmart campaign provides useful tips to minimise the risk of being in waters where sharks may be present.

“Sharks are a natural part of our environment, however a better awareness and understanding of sharks and their behaviour can help everyone enjoy the beach and reduce their risk of a shark encounter this summer,” he said. “The NSW Government’s $16 million Shark Management Strategy includes SMART drumlines, VR4G listening stations to identify tagged sharks, increased traditional aerial surveillance and trials of drone surveillance.

“Drones will be flying every morning during school holidays at Kiama, Redhead Beach, Evans Head, Lighthouse Beach at Ballina and Lennox Head. “A total of 100 SMART drumlines will be progressively rolled out along the NSW coast. “A shark net trial has commenced at five beaches on the NSW North Coast and shark nets are in place at 51 of the state’s most popular beaches between Newcastle and Wollongong.”

It’s important to realise the nets do not create an enclosed area, nor do they provide a shark-proof barrier between beachgoers and sharks. “The DPI works with beach authorities, aerial surveillance contractors and NSW Police to do all we can to protect swimmers, surfers and other water users,” Dr Allan said. “I would encourage all beachgoers to download our SharkSmart app and follow us on Twitter to get the latest information.”

SharkSmart tips for swimmers and surfers

Dr Allan said the NSW North Coast remains a key focus this summer. “Aerial surveillance is now under way on the NSW North Coast and a number of sharks have been tagged and released by DPI shark researchers in recent weeks,” Dr Allan said. “The North Coast shark net trial has commenced at Lighthouse, Sharpes and Shelly beaches at Ballina, Seven Mile Beach at Lennox Head and Evans Head Beach. “We will be conducting a further advertising blitz on the North Coast over the school holidays to ensure everyone gets the SharkSmart message.”