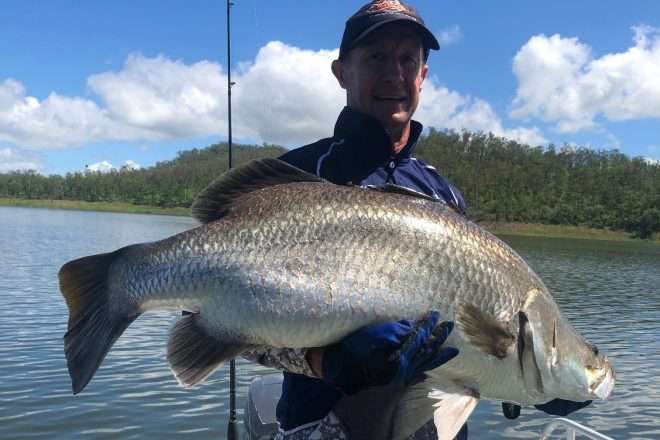 Another year is done and dusted, so Happy New Year to you all and may your beer be cold and your rods be bent!

BUNDABERG OFFSHORE
We’ve had good reports of red emperor, coral trout, grass sweet lip and parrot being landed.  Light winds are predicted for the coming weekend.  As always, check your current weather report before heading out.

BUNDABERG INSHORE
The inshore reefs in the local area such as the Cochrane Artificial, the 2 Mile and the 4 Mile have all been fishing well. We have had good reports of snapper, and large size grunter being caught as well. Also, in these areas pelagics such as queenfish, trevally and spanish mackerel have been caught too.

BURNETT RIVER
With the bigger tides from the previous week pushing the cleaner water through the system, the Burnett River is starting to pick up. Reports of good sized bream, flathead and grunter are being a regular catch. Before heading out for a fish, put the crab pots in. Nice sized bucks have definitely been on the move.

KOLAN AND BAFFLE CREEK
With both these systems starting to clean up after previous rains, reports of whiting, flathead, grunter and mangrove jack have all been caught.  Also, as a great sport fish the queenies have been showing up at the mouth of the Baffle. Both these systems have been crabbing well also, so put the pots in before heading out for a fish.

LAKE MONDURAN
Monduran is a lake that can change from week to week, from a change in wind direction, water level and water temperature. From a combination of both rain and a south-easterly wind can drop water temperatures, making fishing tough. As water levels have risen over the previous month, weed that’s in the shallow starts to rot and takes the oxygen out of the water in that area. Areas that fished well previous to rain may not be as productive in the coming weeks. Starting over and finding new ground where fish can be holding can be crucial to catch rates in the future. Follow the wind and find that water temperature that’s a degree or two above anywhere else.  Fishing off points or backs of bays may give you the edge.

If you would like your catch photos published to be in the running for a $50 gift card every week, please email your details and photos to: accounts@tackleworldbundy.com.au