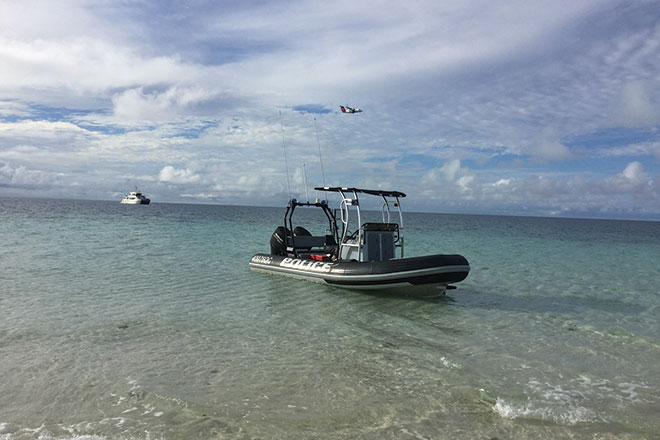 Reef recovery, the Cairns area will be the target of a month-long compliance blitz that has recreational fishers poaching from green zones set firmly in its sights.

Recreational fishers doing the wrong thing can expect to receive an $1800 fine, which will increase to $2100 from July 1. GBRMPA field management director Richard Quincey said while most marine park users did their bit to help protect the Reef, there was no excuse for not knowing and following the zoning rules – particularly with the Reef under increasing pressure.

“Our aerial and on-water compliance patrols run day and night,” Mr Quincey said. “If you fish in a green zone you will get caught, and risk getting fined. “We take poaching in the marine park very seriously – even a relatively small amount of illegal fishing can have serious ecological impacts.”

The Great Barrier Reef has experienced significant and widespread impacts over the past two years, including 29 percent mortality for shallow water corals in 2016. With most mortality seen in the northern section of the Reef, Mr Quincey said it was vital fishers understood how green zones worked and the importance of following the rules, particularly in high-use areas.

“Green zones make up about a third of the marine park and are designed to help protect and conserve the biodiversity of the ecosystem,” Mr Quincey said. “Research indicates zoning arrangements – which came into effect in 2004 – are having positive effects on biodiversity, with the offspring of fish living in green zones ‘spilling over’ into adjacent areas open to fishing.

“Also, longer-term monitoring indicates reefs in green zones are more resilient to the impacts of coral disease, crown-of-thorns starfish outbreaks and cyclones, and are able to recover from impacts much faster than adjacent reefs outside green zones.”

GBRMPA and Maritime Border Command conduct aerial surveillance of the marine park and drones are now being trialled in compliance operations. Members of the public can do their bit to help protect the Reef by reporting suspected illegal fishing to 1800 380 048 (24 hours) or via GBRMPA’s website at gbrmpa.gov.au

How fishers can help: