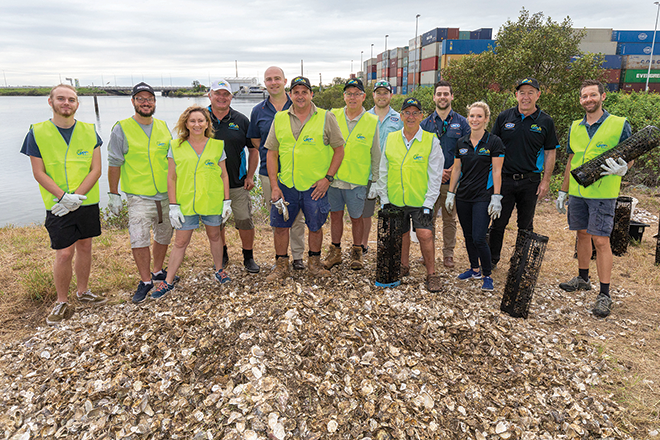 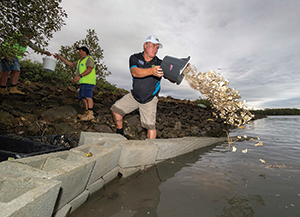 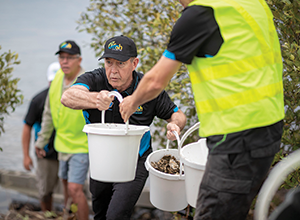 AUSTRALIA’S recreational fishers are being encouraged to get behind a new national campaign to restore degraded waterways, improving habitats and fish numbers.

National not-for-profit organisation OzFish Unlimited has partnered with leading retailer BCF to launch the ‘Give Back to Habitat’ initiative. The opening of the Moreton Bay Shellfish Recycling Centre is just one part of the journey to restore Australia’s waterways to a healthy environment for aquatic life. Clean waterways and healthy habitats are vital for the sustainability of water-related activities loved by Aussies, including recreational fishing.

The partnership between OzFish and BCF provides an easy way for fishers to get involved and make a real difference. In the past 12 months, BCF and its customers have donated more than $500,000 to OZFish.

Millions of oysters are eaten in Australia each year, with the vast majority of discarded shells simply thrown into landfill sites and forgotten about. This means they’re just adding to the country’s garbage problem instead of playing a positive role in shellfish reef restoration. OzFish’s new Shellfish Recycling Centre, on land donated by the Port of Brisbane, aims to restore shellfish reefs to the Moreton Bay region. Placing used oyster shells in the waterways is scientifically proven to encourage live oysters to return to the area, which has the knock-on benefit of growing fish populations.

Shellfish recycling also has real benefits for local businesses, with one local seafood supplier, Shuck It!, having saved nearly $10,000 already by donating its used shells to OzFish rather than sending them to landfill. An adult oyster can filter between four and five litres of water every hour, meaning the restoration of shellfish reefs by OzFish will quickly make a demonstrable difference to the area’s water quality and fish populations. The centre was officially opened by Queensland’s Minister for Agricultural Industry Development and Fisheries Mark Furner.

The minister has recently stated his aim to make Queensland the aquaculture capital of the world and welcomed the partnership between OzFish and BCF. “Queensland has long been highly regarded for its waterways and the seafood contained within them,” Mr Furner said. “Healthy habitats mean healthy fish. It’s great to see OzFish and BCF partnering to promoting this message. The Give Back to Habitat initiative is a fantastic way of getting the people who know our rivers and oceans better than most, recreational fishers, involved and contributing in a meaningful and positive manner.”

The country’s community of about three million recreational fishers, who contribute more than $10 billion to the economy, have a key role to play in achieving that goal. They are being encouraged to join OzFish or show their support by donating to the initiative at one of BCF’s 130-plus stores across Australia. BCF customers have the option to round up their purchase to the nearest dollar, with the retailer donating all funds raised in its stores to OzFish. OzFish CEO and founder Craig Copeland believes mobilising Australia’s recreational fishers through the national partnership with BCF will deliver measurable benefits for waterways across the country.

“Better habitats mean better fishing, and that also has benefits for the wider ecosystem too,” Mr Copeland said. “By working together and each doing a little, whether that be donating time or money, recreational fishers can help to restore Australia’s waterways. Give Back to Habitat projects like this new Shellfish Recycling Centre are empowering fishers to play a role in restoring the environment and safeguarding their sport for future generations. What we’re doing here in Moreton Bay, which is just the start of a nationwide campaign, would not be possible without the dedication and support of our volunteers and partner organisations. I’d particularly like to thank BCF for their support and the national presence they give us.”

“Australians love being outside, and for more than 35 years BCF has been the trusted choice to go to for kit and expertise,” Mr Heraghty said. “We’re proud to be further strengthening our relationship with Australia’s recreational fishing community by partnering with OzFish to deliver the Give Back to Habitat initiative. Australia possesses some of the world’s greatest outdoor spaces, and by encouraging people to restore and improve our waterways, we are helping to ensure it stays that way. Every cent donated to OzFish at a BCF store will play its part in habit restoration and boosting fish numbers across Australia.”

The opening of the Moreton Bay Shellfish Recycling Centre was also supported by Healthy Land & Water, Caltex and the Goodman Foundation.

To find out more about OzFish and to volunteer at your local OzFish project, please visit ozfish.org.au