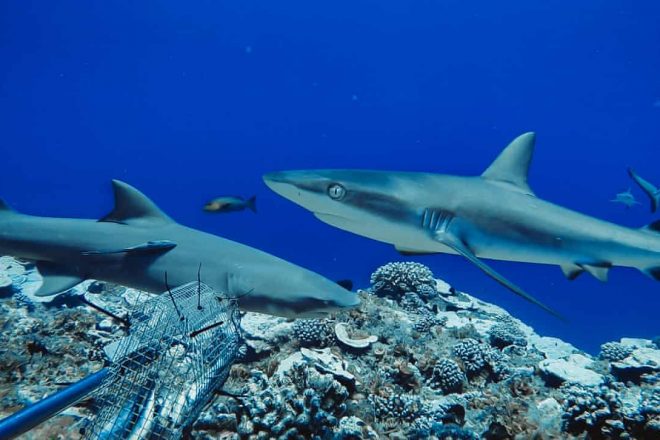 A survey has found sharks do best in places where the use of longlines and gillnets are controlled, catch limits on sharks are in place and marine sanctuaries have been created. Photograph: Janet Greenlee 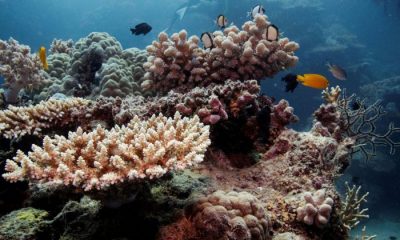 Sussan Ley says conditions of export licence for shark fins and other products have not been met!

Environment minister Sussan Ley has moved to revoke the export of shark fins and other seafood products from a Queensland government fishery over inaction on reforms to protect threatened species. Ley has written to Queensland’s fisheries minister, Mark Furner, saying the state had not met the conditions of its export licence for the East Coast Inshore Fin Fish Fishery, which would be revoked from 30 September.

Conservationists and the Great Barrier Reef Marine Park Authority have voiced concerns that threatened species including turtles, dolphins and dugongs are at risk of being killed in nets in the fishery. The fishery targets species including barramundi, flathead and whiting for sale domestically and operates both in and out of the Great Barrier Reef. But under an export licence granted by the federal environment minister, fishers also export products – mainly shark fins, mullet roe and the valuable swim bladders of black jewfish used in traditional Chinese medicine. shark fins

One conservationist told Guardian Australia that revocation of an export licence – known as a Wildlife Trade Operation – was extremely rare. In the letter, Ley wrote: “It is deeply disappointing that the reforms underpinning these conditions have stalled and momentum has been lost in progress towards the sustainable management of this fishery.”

Domestic trade from the fishery is exempt from the minister’s intervention, but the letter said the decision “will impact on those fishing businesses that export product from the [fishery]”. “I expect this will exacerbate the already difficult operating environment for those fishers who are affected. Therefore I suggest the Queensland government will need to consider how it could ameliorate those impacts,” Ley wrote. Separately, the environment minister told Guardian Australia that exports must comply with sustainability requirements.

“If we are going to have sharks killed for fins or black jewfish targeted for their swim bladders to make cosmetics or as an aphrodisiac used in Chinese medicine, at the very least it needs to done in a way that complies with the sustainability requirements that the Queensland government itself negotiated and agreed to, as a condition of its WTO approval,” Ley said. shark fins

Guardian Australia also reported the Great Barrier Reef Marine Park Authority had highlighted how the use of large mesh nets in the fishery was a high risk to threatened species “due to potential entanglements and death”. Pressure from under-regulated fishing risked compromising the reef, which was already facing “unprecedented pressure”, the authority said. Global heating has driven three mass coral bleaching events in the past five years across the world’s biggest reef system.

The marine park authority said it also had concerns for the future sustainability of black jewfish – prized for their swim bladders. The export licence was granted in December 2018 with conditions and timeframes, including four that Ley said had not been implemented in time. Those included having in place an independent data collection and validation program, rules to better monitor shark catch, a plan to prevent ecological impacts and harvest strategies that also included impacts on protected species.

In the letter, Ley said actions needed to have been in place by January 2020 – well before the Covid-19 pandemic hit. She urged Queensland to “demonstrate compliance” as soon as possible so that exports could restart. Lawyers representing the conservation group Australian Marine Conservation Society (AMCS) wrote to the minister in February asking her to investigate compliance issues.

Ley said AMCS and WWF-Australia had both raised concerns about the fisheries export licence. Tooni Mahto, a fisheries and threatened species campaigner at AMCS, said it was “incredibly rare” for a minister to revoke an export licence. “This is strong action from the minister, but it is a fair reflection of the Queensland government’s failure to do what it committed to in 2018, and also to do what’s expected by recreational fishers, conservationists and the Queensland community. “The reforms should have delivered protection for reef wildlife – our turtles, dolphins and dugongs are drowning in these nets in the reef and at the moment there’s poor control in limiting the number of wildlife deaths.” shark fins

In a statement, Queensland fisheries minister Mark Furner acknowledged receipt of Ley’s letter and was “considering our response”. He said the government was committed to its sustainable fisheries reforms and significant steps had been taken to ensure a sustainable commercial and recreational fishing industry “for generations to come”.

Originally published in The Guardian.