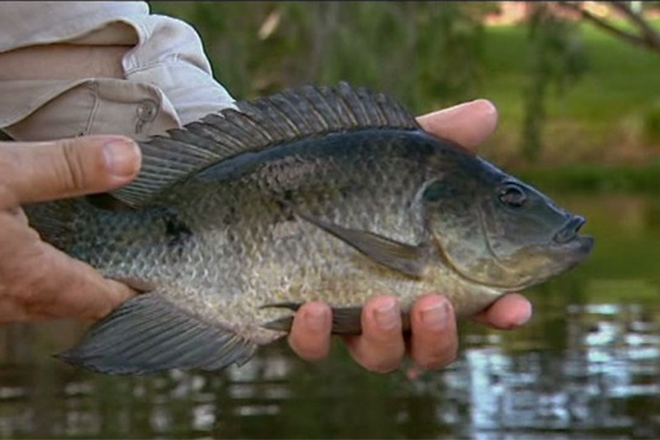 Fishers warned not to use noxious fish as bait

RECREATIONAL fishers are being warned by Biosecurity Queensland not to use tilapia or any other noxious fish as bait, particularly in central Queensland.

Biosecurity Queensland officer Anita Ramage said there had been reports of people using the noxious fish as bait to catch barramundi in the Fitzroy River. “People need to understand it is illegal to use tilapia as bait or for any purposes,” Ms Ramage said.

“This species of fish is classed as restricted matter under the Biosecurity Act 2014. “It is illegal to have them in your possession and if caught, they need to be destroyed and disposed of straight away by burying or putting them in the bin.

“By using tilapia as bait, people are increasing the risk of spreading these harmful fish. “They are an aggressive, invasive fish that will outcompete and displace native species. “New incursions often result from human-assisted movement and using the fish as bait is one mechanism that causes the spread of the noxious fish.”

There are currently no known methods to eradicate tilapia once they are established in a river catchment. Ms Ramage said recreational fishers who care about waterways should not use or move tilapia to help support the life of the waterway.

“A person who has a tilapia in their possession and has failed to kill or dispose of it properly could face a maximum penalty of more than $60,000,” she said. Tilapia were first discovered in 1978 in Townsville and have been found in 19 catchments in Queensland.

However, nationally significant areas of Queensland including the Gulf of Carpentaria, the Lake Eyre Basin and the Murray Darling Basin remain free of tilapia. “There are lots of rivers that are not infested and need protecting,” Ms Ramage said.

The public can help to limit the spread of noxious fish in Queensland by: knowing what the species look like; reporting new sightings by taking a photo and submitting it online at daf.qld.gov.au/fisheries/pest-fish/report-a-pest-fish-sighting; and not moving them or using them for bait or food.