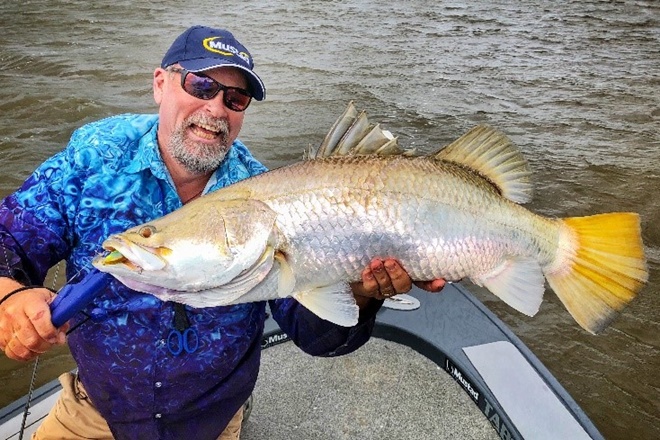 AFTER commissioning research that reveals fishing is a life skill that modern dads are no longer teaching their children, the market-leading video on demand platform for high quality fishing content, Fishing TV, is set to hold the first ever World Fishing Day on Saturday 23rd June 2018 in a bid to unite the angling community, bring new people into the sport, celebrate the joys of angling and highlight the incredible power of angling to make positive changes in the world and in people’s lives.

For World Fishing Day, fishing organisations around the world will be hosting public participation events in partnership with Fishing TV. The video on demand broadcaster will also be providing a free 24-hour live TV show of incredible fishing action through their platform. The live filming will be hosted in a news-anchor-style from a London based studio, featuring pre-recorded VTs and link-ups to live content from 24 locations around the world.

Here’s what will be taking place in Australia as part of the live World Fishing Day broadcast:

Well known Australian TV anglers Steve Starling and John Haenke will be chasing Australia’s most popular and iconic sportfish, the barramundi, or ‘barra’ as they are affectionately known. They’ll be fishing in the Fitzroy River in Rockhampton, Queensland, one of the best places to catch a trophy barramundi with some amazing fish having been caught there in recent years.

As well as offering up tips on the techniques employed to catch these big fish – they can grow to nearly 2m and weigh up to 60kg – they’ll also be telling the story of some local conservationists who’ve brought about an end to commercial net fishing in Rockhampton, dramatically improving the fishery. They’ll also share some insight into the many other fishing opportunities that Australia has to offer.

Commercial Director of Fishing TV, Ed Burgass, said: “By holding World Fishing Day, we are able to combat the fact that families are no longer fishing together like they once did. As a child, I went fishing with my father regularly and some of my fondest memories are from the river bank. As someone whose second child arrived recently, this is something that I am keen to pass on to future generations. Fishing TV’s ultimate goal for World Fishing Day is to bring more people into the sport of angling, particularly women and children, whilst also shedding a light on the conservation issues surrounding fishing and highlighting fishing’s power to improve people’s lives around the world.”

Fishbrain, the most popular app and social network for anglers, has also been confirmed as the official app partner for World Fishing Day. The Angling Trust, The Wild Trout Trust, Project Healing Waters Fly Fishing, & Recreational Boating & Fishing Foundation (RBFF) are just some of the organisations confirmed as World Fishing Day collaborators to shed light on environmental issues, sustainable fishing and the positive influence angling can have on wellbeing.

The Fishing TV app can also be downloaded through the Apple App Store, Google Play, Amazon Fire TV, EE TV and is compatible with many Smart TVs. Annual Fishing TV passes are available for just £60 per year.