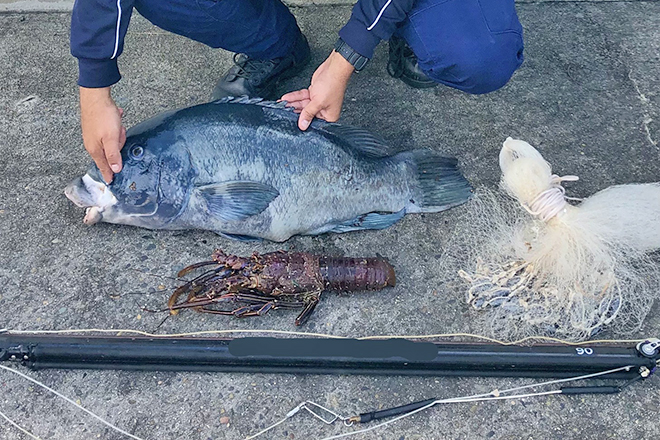 During a recent patrol of the Clarence Fisheries District up in Yaegl Country, Fisheries Officers Boughton and Maskey received information regarding a person who was allegedly using an unlawful net in ocean waters adjacent to the Woody Head campground, in Bundjalung National Park. unlawful net spear

After further investigation and several hours of surveillance, Fisheries Officers intercepted a 39 year old man from Morayfield in Queensland, who had been out diving and spearfishing a short distance offshore. unlawful net spear 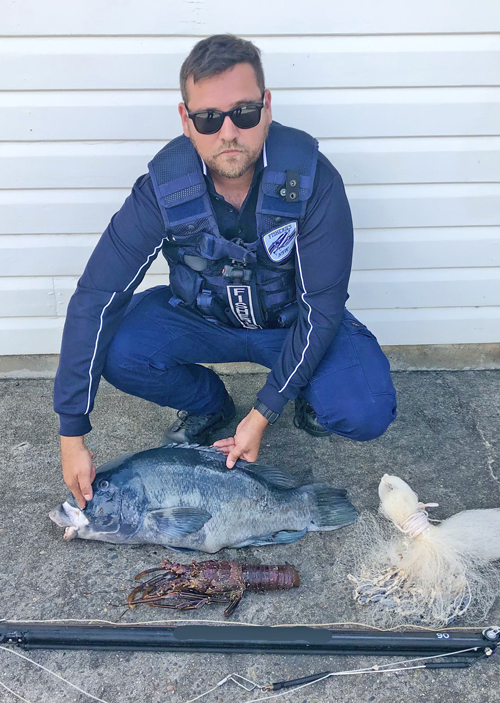 It will be alleged that the man had committed a number of fisheries offence including; unlawful net spear

unlawful taking of a Tropical Rock Lobster (Panulirus spp.) by spear, and

unlawful use and possession of a monofilament cast net.

The man has been issued penalty notices totaling $1,000 and the spear fishing gear, catch and cast net have all been seized.

Throughout the State of NSW, it is prohibited to take Blue Groper or Rock Lobster (regardless of species) by the method of spear.

Blue Groper may only be taken by hook and line.

Rock Lobster may only be taken by hand picking or in a lawfully set lobster trap.

The possession or use of any type of cast net; in, on or adjacent to NSW waters is prohibited.

If you suspect illegal fishing activity, call the Fishers Watch phoneline on 1800 043 536 or report it online at https://bit.ly/3Hwy1AS.