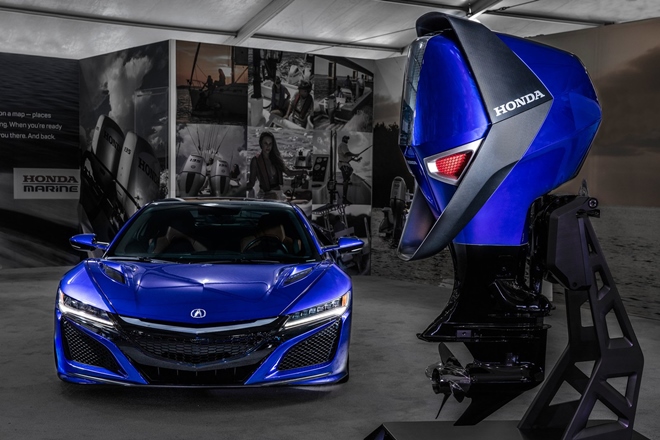 HONDA Marine, a division of American Honda Motor Co., Ltd breaks the mould for marine engines at the 2017 Miami International Boat Show with a bold new concept engine that could power the future of boating.

With inspiration from across Honda’s line-up – including automotive, marine and aeronautical – the design concept engine is a blue sky vision for what future marine engines could look like. “The Honda Marine Design Concept Engine is a clear indicator that Honda is committed to the Marine business, continuing its legacy of innovation and ground-breaking marine products with a vision of what future Honda Marine power could be,” said Will Walton, Assistant Vice President – Honda Marine America.

Designers at Honda’s Advanced Design Group in the US were given a ‘clean sheet of paper’ opportunity to design a concept motor that could be applied to a variety of engines. For design inspiration, the group looked across the portfolio of Honda’s varied product line-up, from current marine outboard motors to automotive products like the Honda NSX Supercar, to the Honda Jet.

The group started with some sketches and then moved to digital modelling to create the dimensions and look of the concept engine. “The inspiration for the design of this engine was driven by the feeling you get when at the helm of a powerful boat on the water – the rush of excitement, the exhilaration and freedom, the feeling that hits you immediately with the boat at full throttle and the water and air around you,” said Walton. To be truly imaginative and forward thinking, U.S Honda designers created a concept engine that was taller than conventional marine engines. The sculpted lines tie the concept engine to the traditional marine engine shape and functionality, but promise creativity with regards to what could power the concept engine. The result? Modern, technical form language which creates a tailored package and gives a slimmer, more vertical appearance to the marine engine.

For exceptional aerodynamics, the tailored packaging of the Honda Marine concept engine includes a sculpted centre channel inlaid with a honeycomb mesh trim. The heat ducts feature an interwoven design with black honeycomb mesh reminiscent of the intakes on the 2017 Honda NSX. The most striking part of the Honda Marine design concept engine is the floating winged blade. Inspired by the 2017 Honda NSX Supercar, the floating winged blade is a result of angled surfacing and an overlapping form, which creates the floating wing blade and helps reduce the overall appearance of the large size, resulting in the concept engine having an aerodynamic, sleek, vertical look. It’s a groundbreaking appearance pointing to a bolder, more distinctive future for Honda Marine. 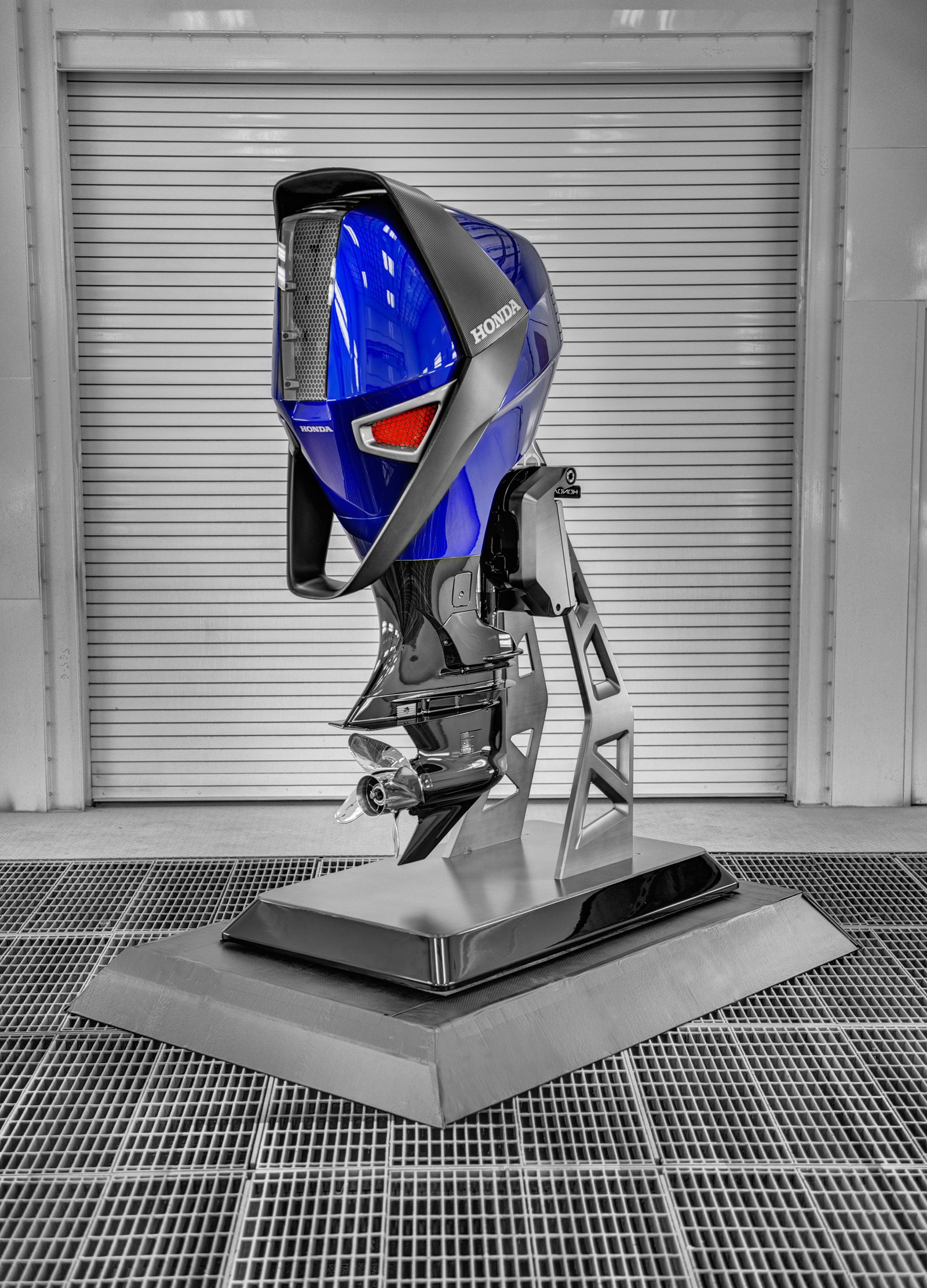 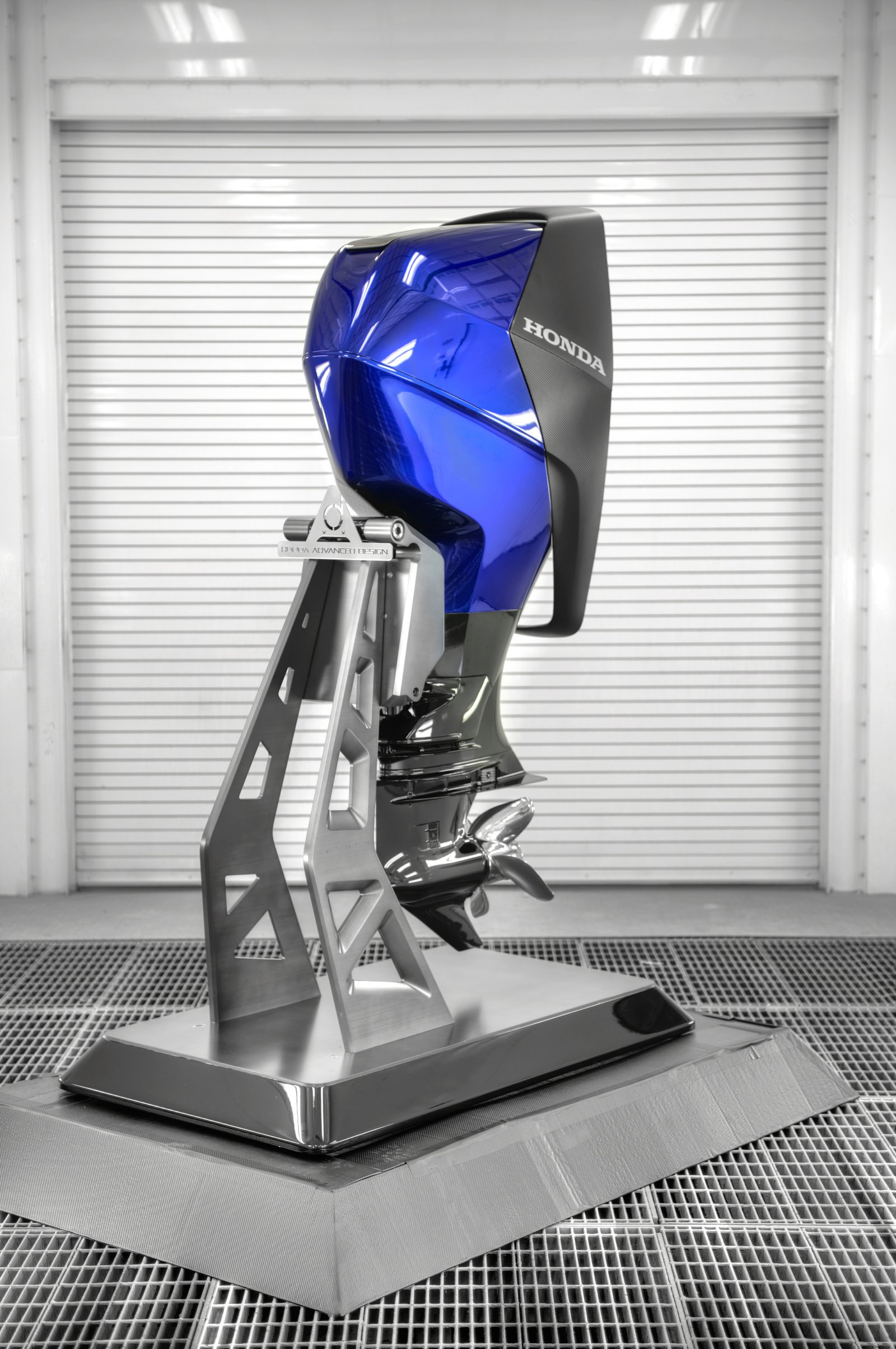 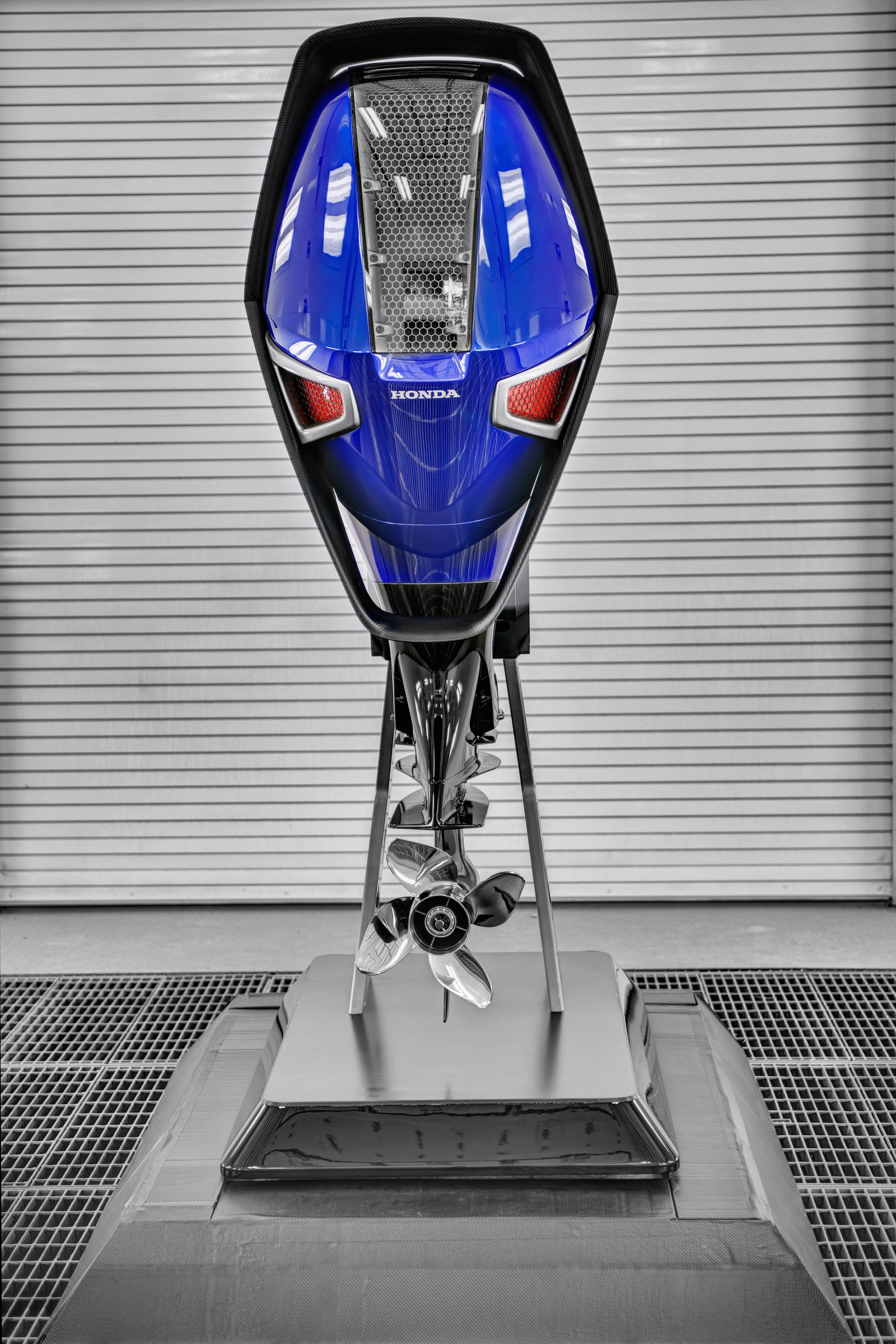