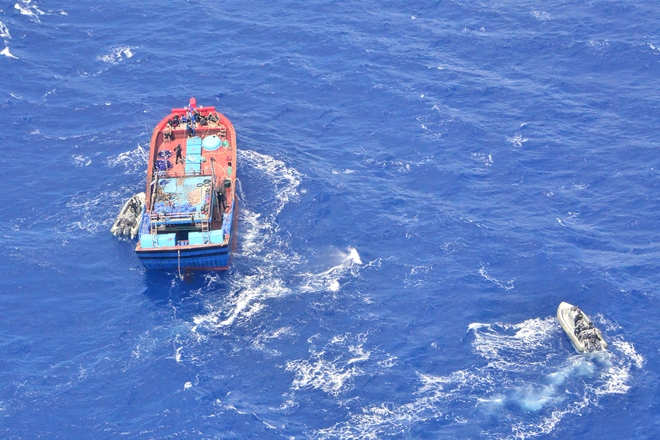 A Vietnamese fishing vessel illegally fishing in Australian waters off the coast of Cairns.

The 15 crew members were all sentenced with two-month suspended sentences for illegally fishing from a vessel caught on February 6, 2017 near Lihou Reef in the Coral Sea Commonwealth Marine Reserve off Cairns. The master received a suspended six-month sentence. In addition, seven of the crew were found to be repeat offenders and received two months’ imprisonment for breaching their good-behaviour bonds.

The vessel used by the fishers was confiscated and destroyed. 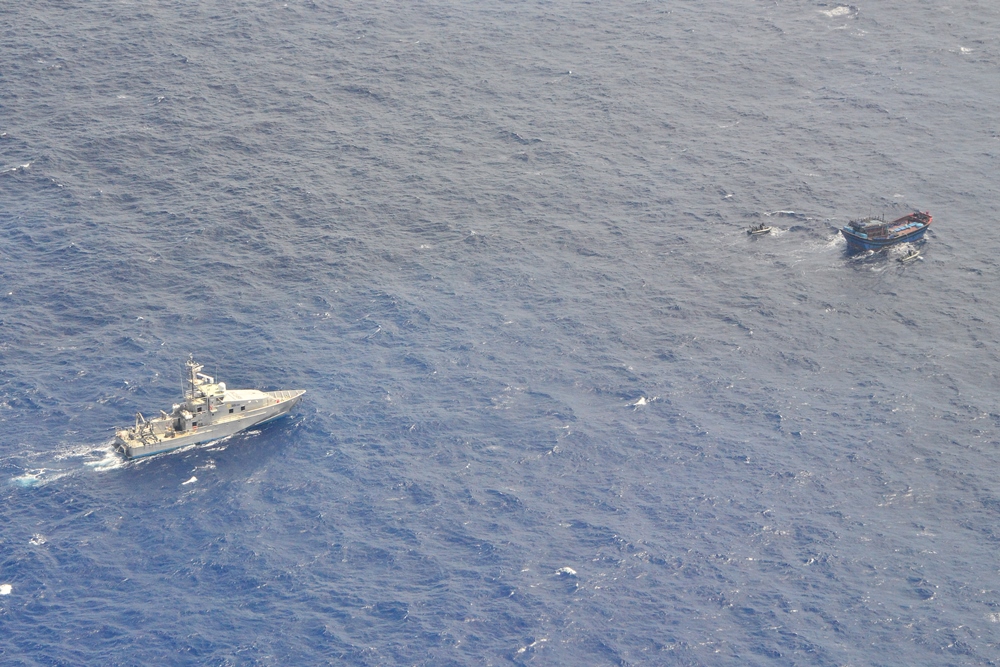 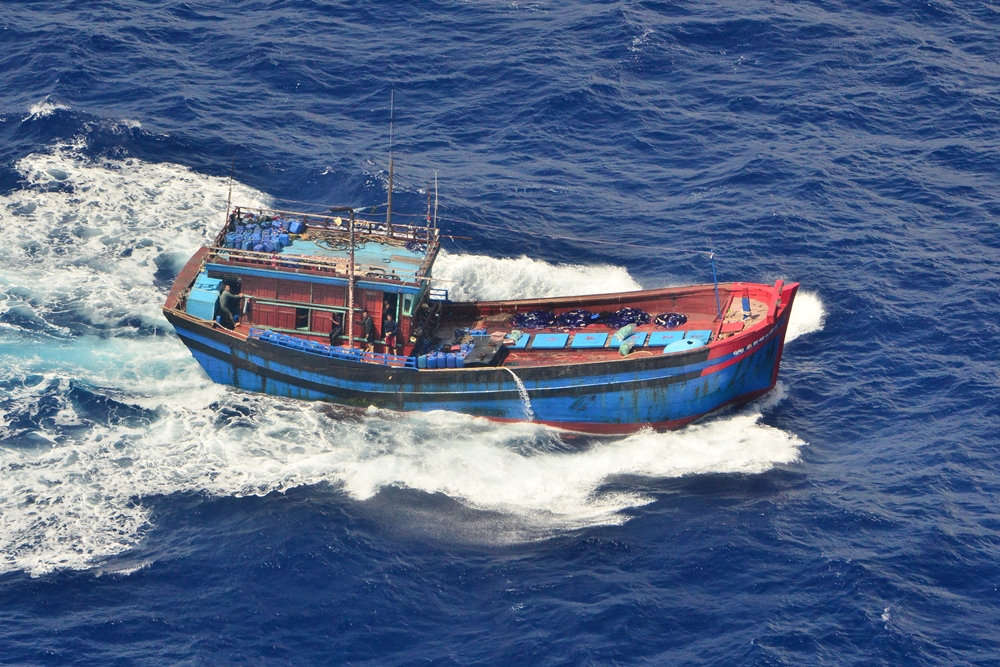 “Those who seek to illegally fish in Australian waters will be caught,” Mr Venslovas said. “As demonstrated by this court case, those seeking to take advantage of Australia’s well-managed fisheries will face the harsh consequences, including of jail time.”

Acting commander MBC Stephen Alexander reinforced that harsh penalties will face anyone seeking to exploit our natural resources. “Our ABF and Australian Defence Force surveillance aircraft and mariners constantly monitor our exclusive economic zone to the northeast of Australia, sometimes several-hundred nautical miles from the coastline,” acting commander Alexander said. “We have recently stepped up our detection and response efforts in collaboration with other maritime law enforcement agencies in our region including France and Papua New Guinea to ensure we will detect and intercept illegal fishers so as to ultimately protect our resources and pristine ecology and ensure compliance to our laws. If there are vessels fishing illegally in our waters, we will catch them and fishers will be prosecuted.”

Parks Australia manager for marine parks compliance Scott Clementz said Lihou Reef had been a sanctuary since 1982. “This pristine ecosystem is a very special place and harsh penalties are needed to ensure a strong message is sent to illegal fishers entering this marine habitat,” Mr Clementz said. “Illegal fishing threatens to deny current and future generations the chance to experience these natural assets. Parks Australia welcomes the convictions and will continue to pursue those who undermine the protection of Australia’s marine reserves.”