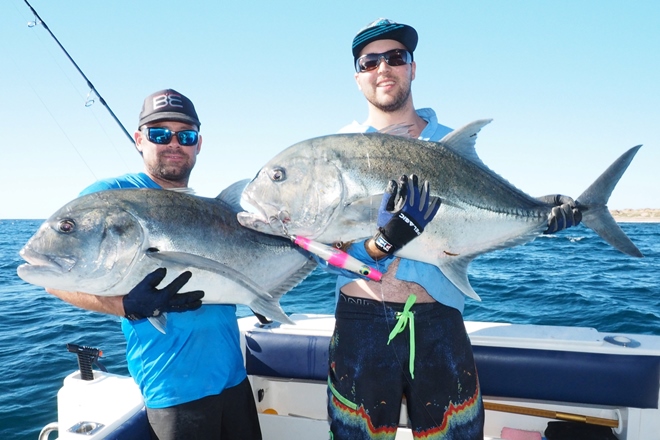 Luke Ryan’s northern expedition – Verado does it with ease

CHASING giant trevally for two weeks off WA’s Pilbara coast, adventure angler Luke Ryan has pushed his Mercury Verado harder than ever before and it’s passed every test.

Luke gave his 300hp Verado an 850-nautical mile workout after loading his Haines Hunter 680 Patriot with more than a tonne of extra supplies including fuel, camping gear, people and food.

“Overloading a smallish trailer boat and travelling more than 50 nautical miles offshore to fish some isolated islands off the Pilbara coast isn’t everyone’s cup of tea but it’s what I thrive on,” Luke said. “Travelling to remote destinations like the Montebello Islands is an amazing experience but it doesn’t come without danger. The whole setup on my boat needs to be working 100 percent, and the biggest thing I need is reliability. If you don’t have an engine you can trust, there is just no point even trying. We loaded the boat up to the max, leaving just enough room for the three of us to be semi-comfortable for the trip over. When we launched the boat I could feel how heavy it was. I actually questioned whether or not I would be able to get on plane. If I couldn’t, it was going to be a very long drive to the island.” 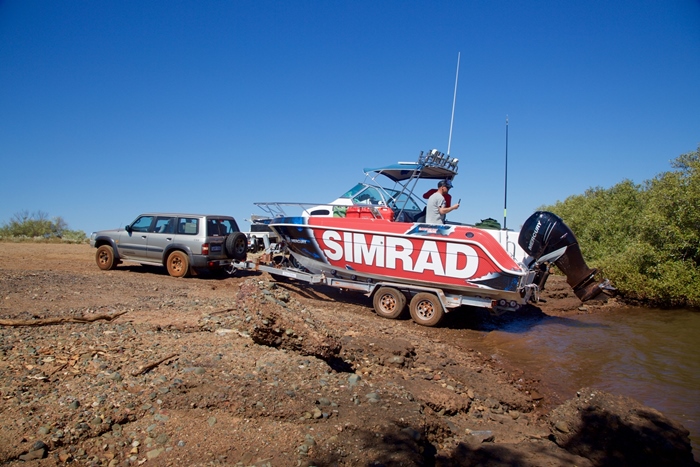 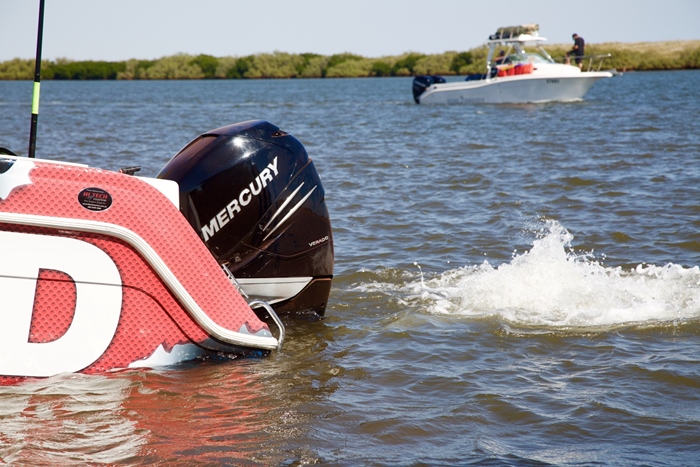 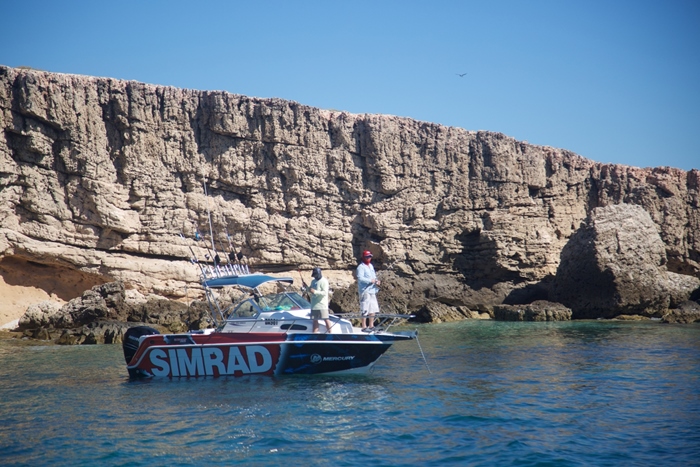 “To my surprise, given the amount of weight, the Verado performed outstandingly! Even with the burden of over a tonne of extra weight we got up on plane, travelling comfortably at 24 knots. The ActiveTrim feature helped tremendously with this. In a little over two hours we completed the 50-nautical mile journey to the campsite where we would spend the next seven days before travelling south to Exmouth for a further seven days fishing.”

“A big focus for us was giant trevally, so we found ourselves fishing right in close to structures and breaking reefs where these fish hang out. It can be quite dangerous in a small boat, fishing in relatively shallow water with unpredictable waves. But that’s where the fish are, so you require a fast, responsive and reliable outboard and the Verado gave me a definite feeling of complete control. Having a smooth, digital throttle and shift on the Verado helps tremendously when fishing in tight, unpredictable water.”

“Over the two weeks of fishing off the northwest coast of WA, I managed to rack up more than 850 nautical miles – which is more than some boaties do in a year! I put my boat in some compromising areas and pushed my outboard hard, and not once did my Verado let me down. In fact, I did it all with ease. We experienced some fantastic fishing in amazing locations and got home safely. With my Verado coming close to the 400-hour mark after just six months of use, I couldn’t be happier with my choice of outboard.”

For more information and pictures of Luke’s fishing adventures, check out his Instagram page @lukeryanfishing