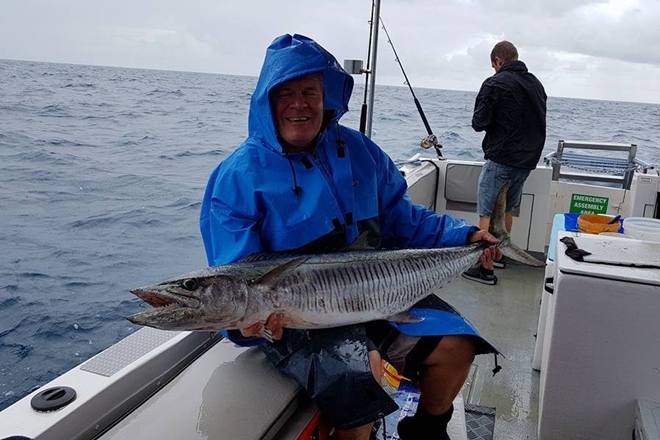 With Christmas only a few weeks away, I’m sure all the school children and parents can’t wait to get out and wet a line over the break. This week around the Bundaberg area there have been some nice school mackerel and Spanish mackerel caught on our shallow inshore reefs. Early each morning is the go before the dreaded south-easterlies pick up and make conditions too uncomfortable. Mangrove jack are also becoming more active.

At the same locations, some nice grunter and the odd snapper have also been caught closer to the bottom on soft plastics, vibes and baits.

This week both the Baffle and Kolan have continued to fire.  Good numbers of mangrove jack are providing plenty of entertainment for anglers casting small suspending hard bodies around the many snags and rock bars that are in both systems.

Plenty of flathead, grunter and nice summer whiting should also fire up this weekend. The bigger tides and the full moon next Monday night will get them moving.

The word on the street is that there are a few prawns and mud crabs back in the Burnett River, so this weekend might be a good chance to stock up on some fantastic seafood for Christmas.

With the amount of prawns and bait back in the Burnett, the bigger predators aren’t too far behind.  Grunter up to 60cm, big flathead and the odd jewfish have all been caught around the mouth of the Burnett this past week.

The Elliott River has been a little patchy this week with poor water quality.  This should improve with the bigger tides, and this magic little system should spring back to life.

On the fresh water scene, Lake Gregory is full of hungry Australian bass that are willing to bite a variety of different styles of lures. Keitech soft plastics and Jackall Deracoup Tail Spinners being the two stand-out lures.

Lake Monduran’s barra have been fishing well. Most of the barra have been caught around the lily pads and weed edges.  There is nothing better than watching barra around 60cm-70cm come out and smash your shallow diving lures. Rapala X-Rap and Shadow Raps being ideal lure of choice at the moment.