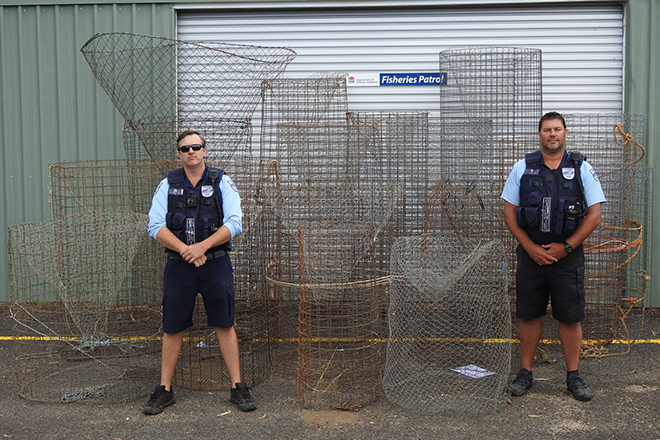 Operation Guardian getting results along our inland rivers

Fisheries Officers continue to wrack up the results as part of Operation Guardian along our inland waterways after the recent apprehension of fishers engaged in illegal fish trapping. Since Operation Guardian began, Fisheries Officers in the North West of the state have spent many hours in the field detecting and deterring illegal activity and have seized 50 wire fish traps and 32 fish to date.
Recent apprehension include:
Fish traps are not permitted to be used in NSW inland waters and the use of such gear has a severe impact on native fish stocks and other aquatic and terrestrial wildlife.
If you have any information regarding the use of fish traps you are encouraged to contact the Fishers watch Hotline on 1800 043 536 or online at https://bit.ly/3Hwy1AS.