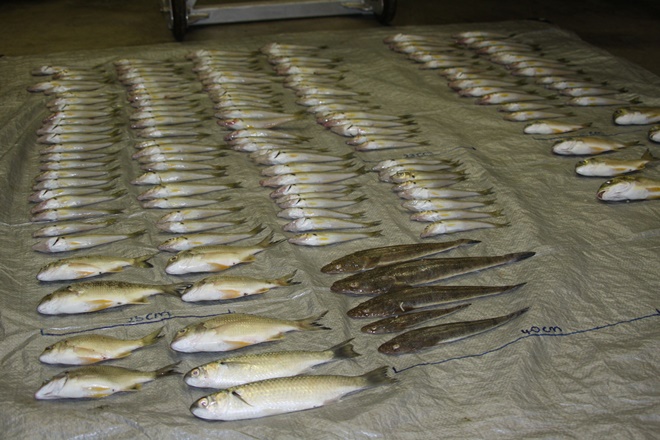 FISHERS are being urged to make sure they know the Queensland fishing rules after five Sunshine Coast fishers were recently fined a total of $4000 for taking undersized fish.

“The fishers had used a cast net to take the fish and, when approached by QBFP officers, claimed to have no knowledge of Queensland’s fishing rules,” Mr Furner said. “We cannot stress enough that fishers have a responsibility to ensure they understand and are up to date with Queensland’s fishing rules. Fishing rules exist to protect fisheries resources and ensure a sustainable fishery for our children and grandchildren. That is why we passed our Fisheries reforms to give QBFP officers stronger powers and increase penalties for breaching the rules.”

QBFP District Officer Russell Overton said, “Ignorance is no excuse and, in this instance, not knowing the rules has ended in a very costly day out. All the fishers pleaded guilty in the Maroochydore Magistrates’ Court and were each fined $800 with no conviction recorded.”

Mr Overton said the case also highlighted the value of QBFP’s Fishwatch hotline. “Officers responded quickly after a concerned member of the public called the Fishwatch 24-hour hotline to report suspicious activity on the island,” he said. “The call allowed the officers to promptly intercept the fishers who tried to hide most of their catch, which included whiting, bream and flathead, and flee the island with the rest of it. QBFP relies greatly on the community’s support to provide relevant and timely information relating to potential offences concerning our valuable fishery resources. People who suspect illegal fishing activity should report it to the Fishwatch hotline on 1800 017 116. The registration details of the alleged offender’s car and/or boat should be collected and reported to the Fishwatch hotline but don’t engage with the person, as this can compromise an investigation and possibly your safety.”