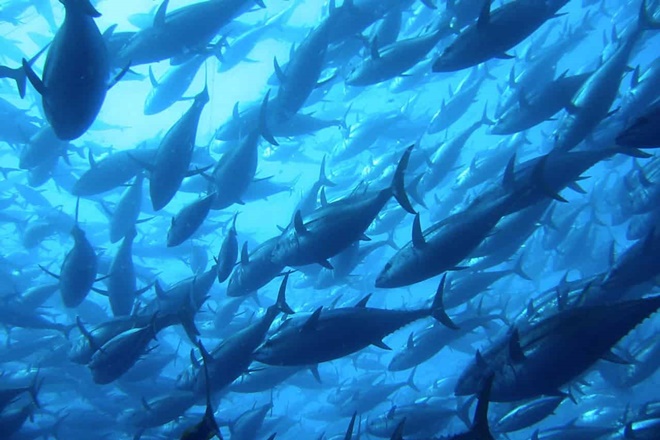 The awards recognise the delivery of three transformative pieces of science for the assessment and management of the valuable and highly contested international fishery for southern bluefin tuna. Collectively, these achievements have made it possible to arrest the decline of the SBT stock, resulting in steady rebuilding. A significant amount of this research has been funded through the Fisheries Research and Development Corporation.

FRDC managing director Dr Patrick Hone said, “This body of work – from the SBT management and science plan, to modelling, archival tags, and close-kin mark recapture – has not only ensured sound scientific advice to inform SBT fishery management in Australia, it has informed world fisheries management.” “This is an example of great science having a direct impact towards improving the health of global fisheries. We are grateful to all the past and current researchers who have worked so hard on this issue.”

The research team is responsible for the world’s first scientifically tested management procedure for tuna that has reduced the risk of further declines in the stock and associated extinction risk, allowing a nationally significant fishery to continue to operate while rebuilding from dangerously low levels. It has been implemented through the Commission of the Conservation of Southern Bluefin Tuna. The team has developed a new method to monitor the adult population of SBT, called close-kin mark recapture, which uses DNA sequencing.

Finally, the SBT gene-tagging program has been developed to monitor the numbers of juvenile fish in the population each year. These three achievements are international ‘firsts’ and the technologies are transferrable to other fish, wildlife species and conservation management globally. Direct economic benefits that include an 85 percent increase in global catch under the management procedure are estimated to total $80 million per annum in increased revenue for the Australian SBT industry and many hundreds of millions per annum in direct revenue for the global fishery.

The CSIRO Awards recognise achievements of innovative solutions to industry, society and the environment each year. The award ceremony was held at the National Gallery of Australia. The research team includes 21 people from across CSIRO as well as contributors from industry, ABARES, AFMA, DAWR and CCSBT. The CSIRO Impact from Science Award recognises exceptional individuals or research teams who have created value for customers through innovation that delivers impact for Australia.

The Sir Ian McLennan Achievement for Industry Award is given based on demonstrated achievement, through effective interaction with industry that shows potential to benefit the economy or community. For access to research reports, go to frdc.com.au