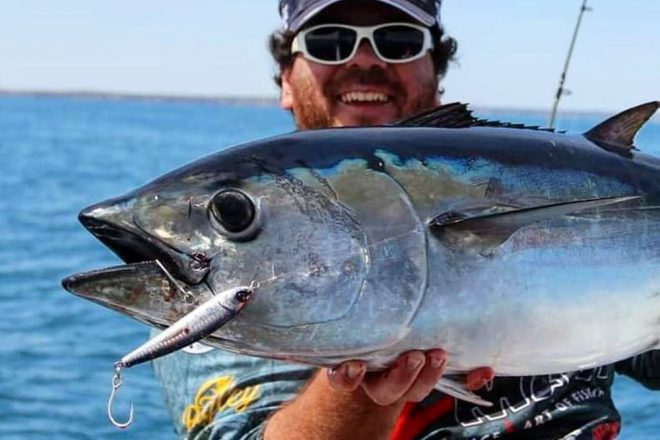 Australian recreational fishers can continue to enjoy southern bluefin tuna fishing into the future, just as they are today, following preliminary results from a world leading scientific survey.

At the same time, commercial fishers will enjoy the benefits of having increased certainty about their future catch levels.

The survey was conducted by the University of Tasmania Institute for Marine and Antarctic Studies, one of the world-leading research groups in this area, supported by a strong multi-jurisdictional team, who based the survey on a sound, scientifically reviewed, methodology.

Fishers in Australia’s iconic southern bluefin tuna hot-spots including South Australia, Victoria, New South Wales and Tasmania responded with a near 100 per cent response rate to the survey, which is a huge credit to our recreational fishers.

With the preliminary results in, the survey provides an unprecedented snap-shot of one of Australia’s most loved fisheries.

Importantly, the survey clearly shows that Australia’s Tuna Champions program, which encourages responsible fishing, is working well with great participation in the survey and many fishers releasing fish and only catching what they need for a feed.

Using this science, the Federal Government will now set aside five per cent of Australia’s share of the global southern bluefin tuna catch for our recreational fishers. This means there will be no new restrictions or reductions in recreational fishers catch limits – southern bluefin tuna fishers can continue to fish into the future, just as they are today.

This is a great result for both our recreational and commercial southern bluefin tuna fishers, providing them with certainty for the future while also meeting Australia’s international obligations.

The Chair of the Australian Recreational Fishing Foundation, Mr Brett Cleary said ARFF was pleased with the thoroughness and accuracy of such a complex survey undertaking and outcome.

“We are delighted to see that so many Australians are able to continue to experience the wonderful sport of game fishing and encountering southern bluefin tuna – something we have been doing since the late 1800’s,” Mr Cleary said.

“The recreational southern bluefin tuna fishery delivers enormous social benefits and economic value to so many regional communities around Australia and we welcome the Australian Government’s confirmation it will not be seeking any changes to the states’ current bag limits and will maintain the status quo.”

“Agreeing catch sharing arrangements for southern bluefin tuna has been a priority for industry for many years,” Mr Jeffriess said.

“We would also like to thank all those involved in the recreational fishing survey which was based on world leading scientific work, which is critical for good fisheries management.

“This decision provides great certainty for both the commercial and recreational sectors about ongoing access to this important resource.”

Historically, SBT was heavily fished and continues to require rebuilding; but thanks to careful, science based, management and responsible fishing by both the commercial and recreational sectors, the stock is showing strong signs of recovery. This decision will assist to rebuild the SBT stock for future generations to enjoy, just like those in eras past.