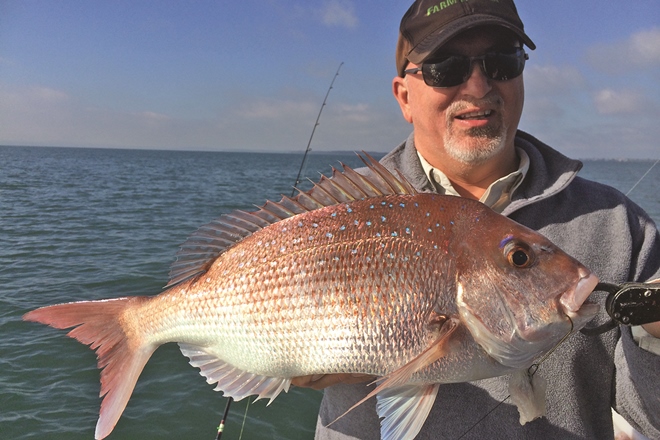 For us, this usually means winter whiting, flathead, bream and southern Moreton Bay mackerel and squire/snapper. With so many different species on offer in southern Moreton Bay in winter, this is my favourite time of the year to go fishing. Another species I look forward to chasing in the bottom of the bay during winter is late-season spotty and school mackerel, and so far, like most previous seasons, I haven’t been disappointed. These fish usually turn up around early June and hang around until the end of July. I find most of these southern bay mackerel are usually pretty fat.

When targeting bay mackerel, I tend to look for big bait schools and then troll hard-bodies such as Zerek Ripper Divers through them. Unlike the northern bay, in southern Moreton Bay you’re unlikely to find birds working and fish smashing bait on the surface. I think by the time the fish get down here we just don’t have large enough numbers of predators to bust the bait up. We do have the big bait schools but fewer predators, which is why trolling hard-bodies through the schools of bait works quite well.

I use pretty simple gear consisting of a 3-6kg rod, 15lb braid, 15lb leader and 3m and 5m-diving Ripper Divers. Lately I’ve been using a Mustad Fastach Clip 50lb with swivel attached to the lure. It allows me to change lures over quickly and also works like a little wire trace, stopping us getting bitten off. As I’ve said before, trolling a hard-body is not just a matter of buying a lure you’ve seen someone catch a fish on, throwing it in the water and pulling it along behind the boat.

So here’s a few pointers for trolling for bay mackerel.

Moving on to other winter species, winter whiting have been around in good numbers. You’ll find them by drifting around the banks such as the Banana, Pelican and Chain banks. You can buy bloodworms if you wish but strips of squid have been working quite well for us and a few squid will not break the bank. The best time to target these fish is the middle of the tide when a bit of current is running over the banks. I find as soon as you have wind against tide and you’re not drifting or it’s the top or bottom of the tide, the fish seem to go off the bite.

By the time this edition hits the stands, flathead should be in full swing. Soft plastics are working the best but in coming months I will be using hard-bodies and trolling.

Snapper numbers have been slowly building and several can be found on the rubble grounds and larger pieces of structure around the southern Moreton Bay islands. Soft plastics have worked best on the rubble grounds but when I’ve found the fish schooling up around larger bits of structure, nice fresh baits such as grinner and mullet fillets and whole squid have done the job.

I really like mono line for bait fishing and 12lb seems to do the trick, paired with a simple rig comprising a ball sinker, swivel, 50-70cm of 20lb of trace and a 3/0 long-shank Mustad hook with a half hitch around the bait to hold it on. And remember, you want it as lightly weighted as possible. 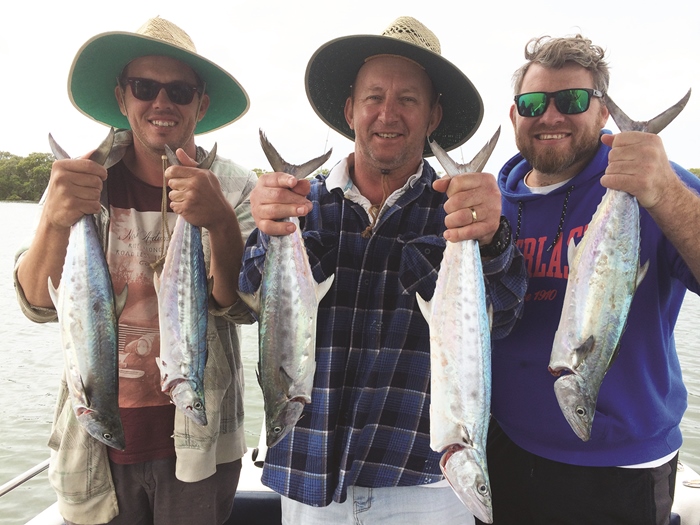 If you would like to join me on a charter, give me a call on 0433 732 310, check out the Moreton Bay Charters Facebook page or visit moretonbaycharters.com.au