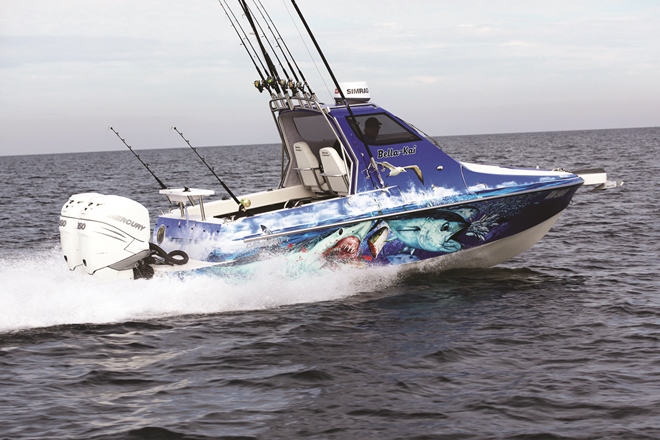 IT’S something else altogether – a 6.8m fishing boat that touches 120km/h.

But what do you expect when it’s being pushed by a pair of Mercury 350hp Verado outboards. The man who owns the CamCraft 6.8, Neil Robertson said, “When we first put the boat in the water we were doing 115km/h but since then the engines have loosened up a bit and we’ve hit 120km/h. And to say it’s turning heads along the Mornington Peninsula would be an understatement.

“Since getting the CamCraft I’ve taken it out a lot because I wanted to get my 20 hours up really quickly so I can go offshore,” Neil said. “And every time I start it up at the ramp, heads spin around. Then when I push the throttle the sound is unbelievable – not loud – just unbelievable. Everyone stops talking just to listen to the engines.” 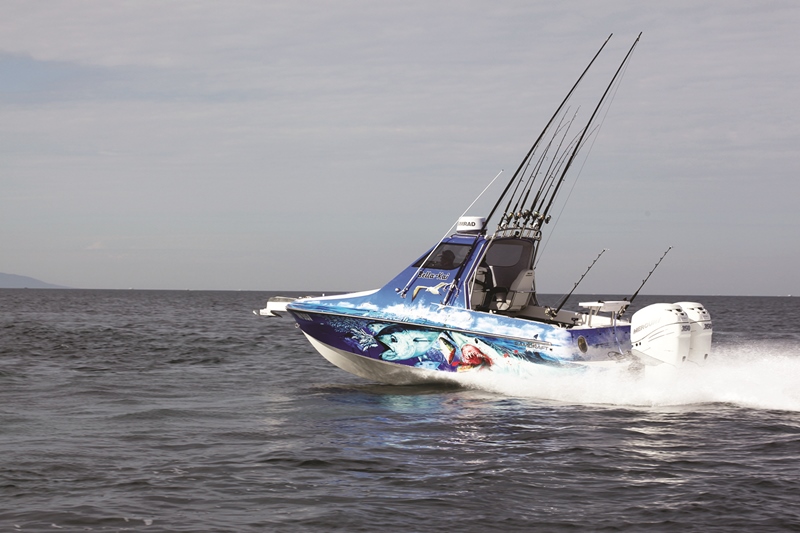 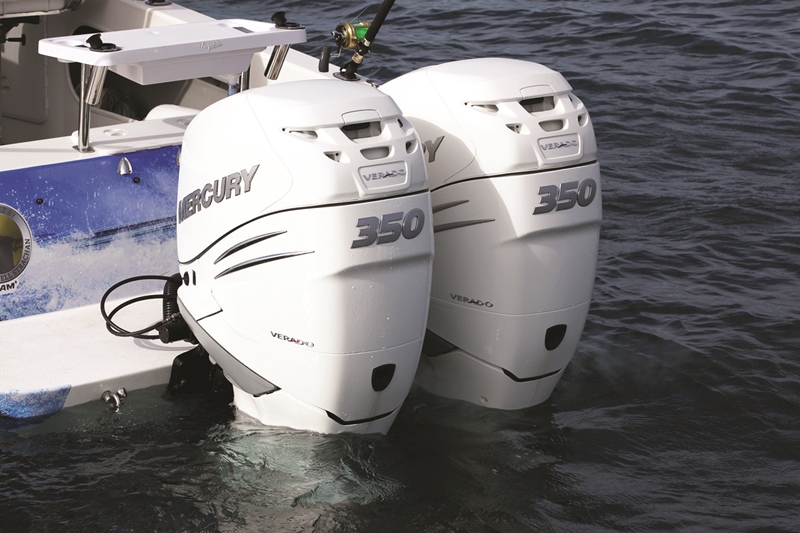 But you’d be wrong to think Neil has only got a muscle boat.

“I went out with my wife recently and we were cruising at 3500 revs, about 75km/h, and was only using 60 litres an hour, so not only do I have all this power, I have brilliant fuel economy as well,” he said. It sounds like a pairing made in heaven but the original plan was to put the 350hp Verados on a different, larger boat.

Neil originally ordered one of the new 8m CamCraft models and bought the outboards for that.

“When I saw there were two Verado 350s available in white, I got the builder, Cam Strachan, to grab them straight away because I think they look so good,” Neil said. But then, with the 8m boat being delayed, Neil asked Cam to put the Verados on a 6.8 he could use in the meantime.

“As soon as I had it in the water, I thought ‘forget about the 8m, this is perfect’,” Neil said. “The only thing I was worried about was the weight, but all it’s done is make the boat sit down in the water a little and actually handle better, which is what CamCraft boats are already known for.”

The Verados were fitted and adjusted by Leigh McGilp at Supreme Marine on Westernport Bay. “Putting 700hp on a 6.8m boat is a bit out of the norm for anyone I think, but the outcome is mind-blowing,” Leigh said.

Leigh spent a lot of time getting the balance and trim just right, eventually pairing the outboards with 23” four-blade Mercury Revolution 4 props. “It’s a lot of power but we were assured by Cam the builder that the boat could handle it and he was absolutely right,” Leigh said. “Actually, in some ways I think I have created a bit of a monster because the phone doesn’t stop ringing now with people asking about adding more power to their boats.”

For Neil, he just can’t wait to get out into the deep blue. “I have another boat, a 13.5’ Haines Hunter that I use for fishing inshore,” he said. “This one really is an offshore boat that I’m going to use to chase marlin, and it’s going to be amazing.”