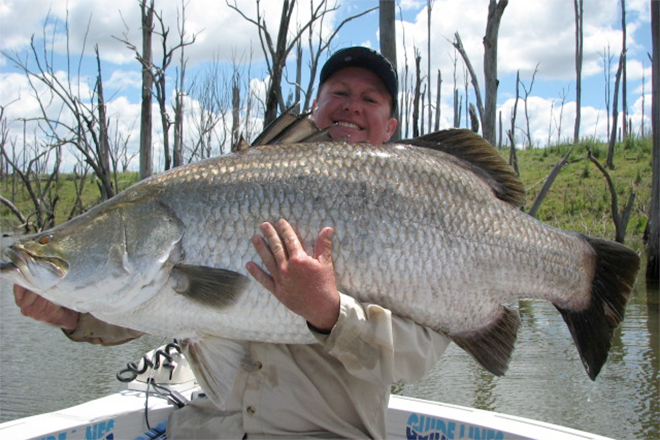 THE Monduran Anglers and Stocking Association will be holding the Win Television Monduran Family Fishing Classic at Lake Monduran on October 15 and 16.

This is one of the biggest freshwater fishing competitions in Queensland and is the major fundraiser for the stocking of Lake Monduran. Since 1997, MASA has released over two million barramundi and Australian bass fingerlings into Lake Monduran.
Barramundi over 1m and trophy-sized Australian bass are regularly caught during the Family Fishing Classic, along with the ever-present catfish.

At less than an hour from Bundaberg, four hours from Brisbane and the Darling Downs and two to three hours from the Sunshine Coast and South Burnett, the event draws anglers and their families from all over Queensland and northern NSW to fish the only major combined barramundi and Australian bass fishery in Australia.

The Monduran Family Fishing Classic is one of the biggest freshwater fishing competitions held in Australia and MASA relies heavily on funds raised to support its fish stocking program. Competitors return every year and introduce friends to what can only be described as a great family fun weekend.

You don’t have to be a gun angler to win a great prize because hundreds of giveaways take place over the weekend. So this year come along for a great time and help MASA raise money to stock Lake Monduran. Foxies Barra Havoc will be there and we would love to see you there too.

Check out www.masa-fishstocking.org.au/lake-monduran-family-fishing-classic for more details.