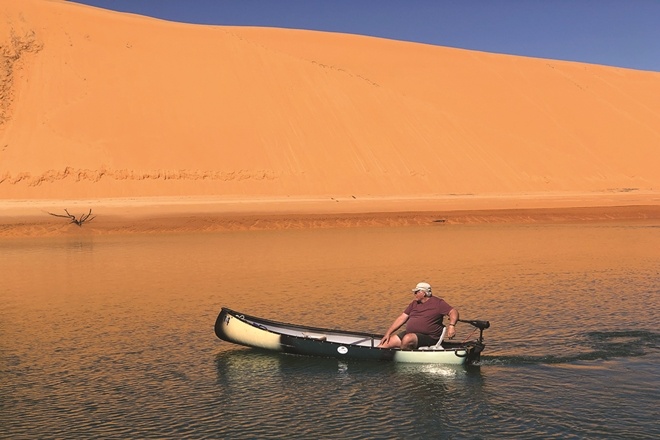 WHEN people think of Curtis Island these days, it’s often in association with the new coal seam gas plants that have been erected there. And while the trio of plants certainly dominate the view of the island from Gladstone Harbour, it is by no means typical of the rest of this large Curtis Coast feature. Yellowpatch Curtis Island

Curtis Island is the northernmost and largest of the group of islands that make up Gladstone Harbour. It is the third largest island in Queensland and, excluding the developments on the southern end, largely untouched. The island is perfect for fishing, camping, four-wheel driving, hiking and boating and due to limited access to the island, you’ll easily find a spot away from the crowd.

There are four main camping areas on Curtis, but by far the standout for me is Yellowpatch. A remote campsite located on the north-eastern tip of the island, Yellowpatch is tucked in behind Cape Capricorn. It is accessible only by boat and is instantly recognisable by its distinct large yellow sand blow, from which it derives its name.

Camping is on a sheltered beach to the east of the sand blow, in among a stand of native hardwood trees. This very enticing spot is frequented by anglers who use it as a base to fish or crab in the adjourning estuary. The other common visitors to Yellowpatch are cruising sailors such as ourselves. Yellowpatch Curtis Island

The anchorage in the estuary, once you’ve successfully navigated the mouth, is deep and sheltered. It is a perfect place to layover for a few days or even a few weeks. It was here, at the foot of Yellowpatch itself, that we anchored up.

You may recall in an earlier article I wrote about my brother’s 40’ solar-powered catamaran. This trip found us once again at sea on the Solar Coaster. We travelled from the mouth of the Boyne River, around the southern tip of Facing Island and up the eastern side of Facing and Curtis Islands to Cape Capricorn.Yellowpatch Curtis Island

Our plan on arrival was to do a little bit of fishing, a little bit of hiking, a little bit of canoe product testing and a huge bit of next to nothing. All in, the perfect recipe for an escape from the rat race. We had brought with us two new canoes to test on this trip – the square stern Kingfisher 14’ and the Sprite 11 pack canoe with a new recliner-style fishing seat fitted. Yellowpatch Curtis Island

Both canoes were designed for the fishing market and we wanted to wet a line in both to see how they performed in an estuary environment. The square stern Kingfisher 14’ in particular we wanted to evaluate as a potential tender to a large boat such as ours.

It’s a tough life occasionally having to go to beautiful places and mess around in boats, but we survived it. The two canoes performed admirably and will be added to our One Tree Canoe lineup, hopefully in time for Christmas.Yellowpatch Curtis Island

The fishing during our trip was consistent, if not particularly fruitful. We did manage to land enough bream and flathead to provide a couple of meals, but we certainly weren’t returning home with a freezer full of fillets.

I suspect the empty freezer was more to do with the skill level of the anglers rather than the availability of fish to be caught. The water in the estuary was so clear, we could see to the bottom in most places and there appeared to be no shortage of fish down there.

Having decided that fishing perhaps was better left for others, we took the obligatory hike up the sand blow. It’s quite a hike to the top, but well and truly worth the effort!  The view of the islands to the north extends to the Keppel group and includes the rugged Hummocky Island.Yellowpatch Curtis Island

The backdrop of crystal-clear blue water against the golden yellow of Yellowpatch itself – spectacular! The birdlife in the area was quite prevalent and we were lucky to see whistling and brahminy kites circling overhead – bet they caught more fish than we did.

The hiking in the local area at Yellowpatch was a little limited due to the surrounding salt pans. However, if you’re feeling energetic, it would be possible to hike through to the eastern shoreline of Curtis Island and up to Cape Capricorn Lighthouse. We weren’t feeling that active! The real attraction of Yellowpatch is its attractiveness.

It’s a wonderful place to drop anchor and unwind for a few days. The kind of spot where you can grab the boat and buzz around for a few hours or cheerfully sit and watch the world go by. Anyone who has had anything to do with yachties will know that come 4pm its time for happy hour.

Out come the cheese platters, salami and biscuits, all to be washed down with a nice bottle of wine, thanks very much. We certainly weren’t about to depart from tradition.  Even better when on the beach watching the sun go down over the water.Yellowpatch Curtis Island

So, with canoes paddled, hill hiked and fish caught, we headed back home. In all, not much was done during our week at Yellowpatch, but that was kind of the idea with a place such as Curtis Island.  If you’re looking for a spot to anchor up and recharge the batteries, there are few better spots.Yellowpatch Curtis Island

We will certainly be back for more. If you want any information about the Curtis Coast, I highly recommend contacting Gladstone Region Tourism at gladstoneregion.info

For more information about fishing canoes and how not to catch fish, give Dan a shout at One Tree Canoe Company. 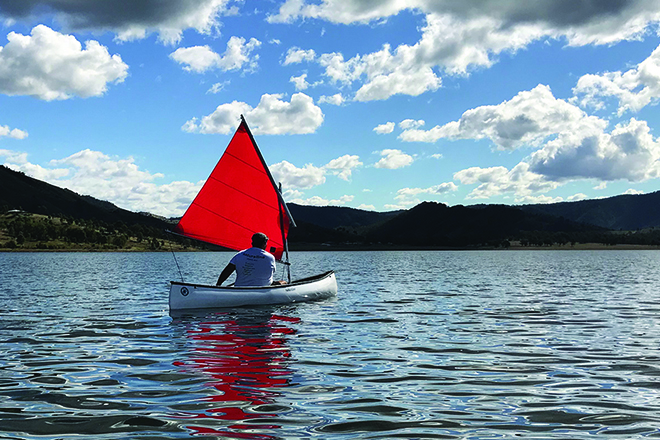 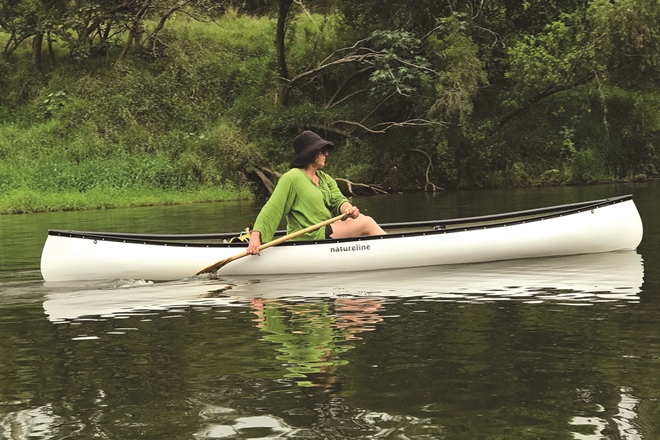 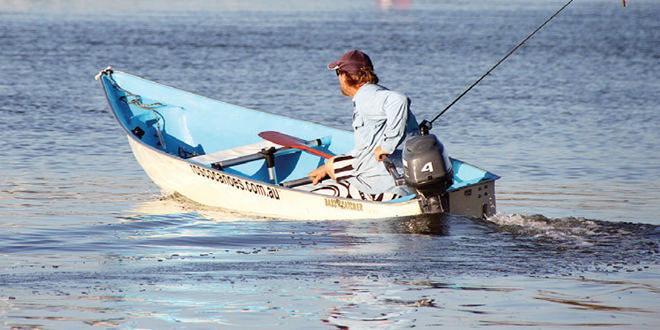