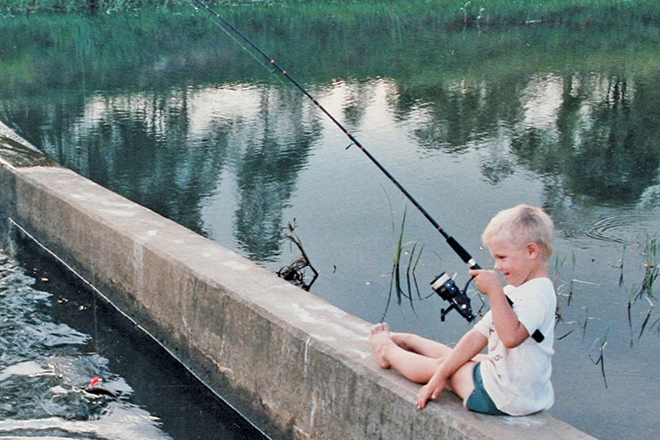 Spinning for spangled perch in the inflow channel at Atkinson Dam.

Fishing any of the dozens of stocked man-made lakes in the sunshine state without a watercraft of some description can be frustratingly unproductive. Land-based in lakes

This has become even more commonplace since the stocking of silver perch in large numbers east of the Great Dividing Range has ceased. Land-based in lakes

Silver perch were readily caught from the shore, often by kids with nothing more sophisticated than a budget spin outfit and a tin of worms. Land-based in lakes

If you can find a lake that is currently being stocked with this cooperative fish, they still represent the best stocked target species for land-based angling.

Any stocked lakes on the western side of the Divide will hold a population of silvers.

Gently sloping banks are the habitat that silvers prefer, with those devoid of thick vegetation being the most productive.

There are a few naturally occurring species in many of the local lakes that can keep youngsters amused during summer.

Spangled perch and snub-nosed garfish are both easily caught from the shore on appropriate gear.

Both of these species are quite acceptable table fare too, if the kids wanted to take some home for a feed.

Spangled perch are avid lure takers, with any small shallow-diving lure being suitable and best cast on light spin gear.

Being able to breed in tiny ponds sees these little perch common in farm dams.

During flood conditions, they’ll leap over obstacles such as cascades and weir walls – even travelling across normally dry paddocks – so don’t discount any body of water when seeking out spanglies.

My first lure-caught spangled perch was taken circa 1971 on a small red and white Wonder Spoon, which is Australian made.

Garfish on the other hand are easily taken on a tiny hook under a quill float, baited with small pieces of either worm or prawn.

The method my family members have a penchant for when chasing garfish in lakes is fly casting.

Any weight fly rod can be used, though lighter gear is obviously best suited to these small fish and the tiny flies used.

Fly patterns aren’t critical as long as the hook is small, preferably size 12 or 14, and we often re-purpose any tattered trout nymphs for garfish duties.

Using a floating line and retrieving the fly in short stop start strips will attract the fish’s attention and also set the hook.

Fortunately, it isn’t only the small species that can be caught from the shore of our local lakes.

Bass fishing from the shore of most lakes is rarely worth the effort due to that species’ habit of schooling in deep water.

During the warmer months when crayfish are active, goldens will cruise the shoreline feeding on those tasty crustaceans.

Look for banks of hard clay or broken stone that drop steeply into about 4m of water.

Sinking lures are a good option for this scenario but traditional diving plugs can also produce the goods.

Making casts along the shoreline instead of straight into the lake will have the lure in the strike zone for a greater part of the retrieve, particularly with diving lures.