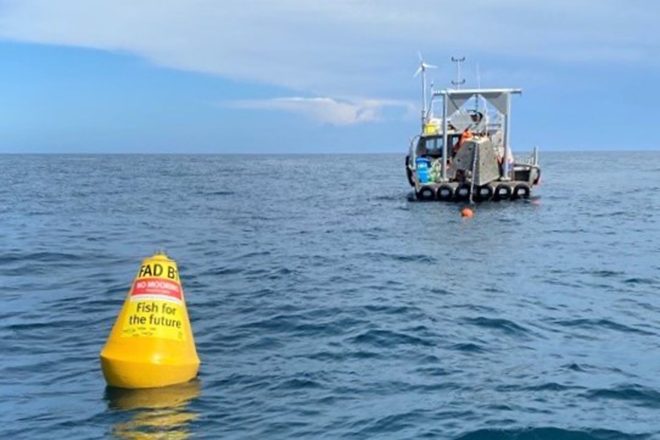 More FADS have been deployed off the Queensland coast.

Queensland FADs GPS locations: Fish aggregating devices  are human-made structures anchored offshore that attract fish, making them easier to catch so you can have a great fishing experience.

To start with, 25 surface FADs were deployed off South East Queensland, from Fraser Island to the Gold Coast. These FADs have been popular with fishers, with great catches of mahi mahi reported.

As part of the next stage of the program, four surface FADs were deployed off Weipa, three surface and four all-water FADs off Wide Bay Burnett and 12 subsurface FADs off South East Queensland. Additional FADs are also being considered for other parts of Queensland.

Most fish attracted to the FADs are seasonal pelagic fish, which travel in the warm water delivered by ocean currents. Species caught around the FADs include mahi mahi, wahoo, tuna, cobia, mackerel and billfish.

Mahi mahi are the most common species of fish caught around the FADs and are the perfect sport fish:

Click here for details on the initial FAD program.

Fish aggregating devices are deployed in the following locations all year round: Queensland FADs GPS locations