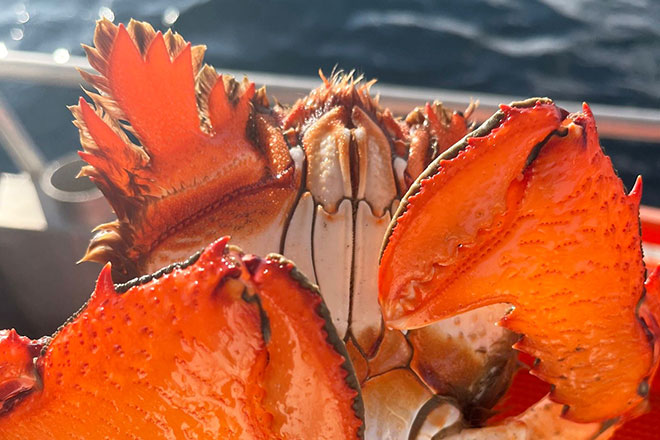 Spanner crabs are one of the more unusual looking critters that Queensland fishers target.

Several thousand crabs were measured during the survey. The data collected will help set the commercial quota for the 2023-24 financial year.

In 1999 the spanner crab fishery became the first to be managed using Individual Transferable Quotas (ITQ). Since 2007, the fishery quota has been set using commercial fishery data and data from independent spanner crab surveys. 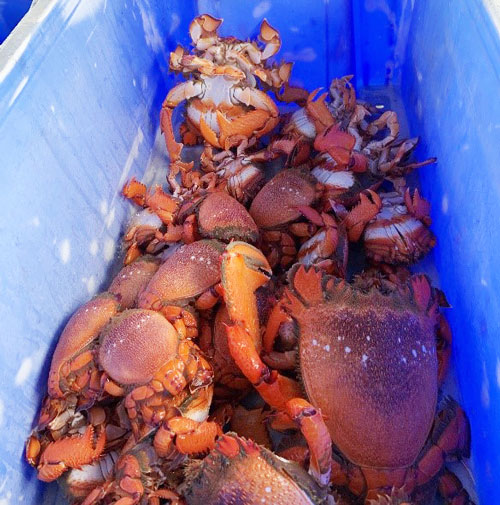 The number, sex and size of spanner crabs caught during scientific surveys are recorded

Monitoring the size, sex and abundance of spanner crabs assists in the sustainable harvest of the stock.

Crabs are targeted commercially, and to a lesser extent recreationally, using baited dillies (traps) deployed in oceanic waters to a depth of 100 metres

Fisheries Queensland has conducted a biological monitoring program for spanner crabs since 2000. The objectives of the monitoring are to estimate abundance of crabs and develop a time series of data to improve the certainty of stock assessments. In 2006, New South Wales Department of Primary Industries adopted a similar survey technique, and data sharing arrangements for management of the joint fishery were put in place.

How are the data used?

Information collected during the annual spanner crab surveys is combined with information from other sources (including details of catch and effort from compulsory commercial logbooks) to carry out regular assessments of the performance of the fishery and status of the stock, in relation to pre-determined criteria. In particular, the results are used to help set the annual quota for the commercial fishery.

How are they monitored?

An annual survey is carried out in May using chartered commercial or department vessels. Sampling is conducted at pre-determined sites within the main fishing area between Gladstone and the Gold Coast, using standard commercial fishing gear. All crabs captured are measured and have their sex determined before being returned to the water. Information is also collected periodically about any other species caught incidentally using the standard fishing gear.