Arthur and a cracking longtail.

WINTER is definitely here now. Very cold weather in May made temperatures drop quick. Sharks seem to be less active or not present, I can’t really be sure. Best of all, restrictions have been lifted to allow travel around Queensland. Hope this kicks a few more punters my way.

Typical winter species have started to move and it’s exciting to think I will probably have a few months more of less shark activity. Other toothy critters are mackerel – sometimes they are painful and steal all our lures. They certainly had their day a few times of late. School mackerel are best taken with fast retrieves and metal lures. Tuna trevally Hervey Bay

This style certainly decreases lure loss, and the cheap price of the lures makes losing the odd one OK. Smaller snapper are about in the northern end of the Great Sandy Strait. Also in there, are good numbers of flathead – in shallow channels on flats and in creeks. Both are readily taken on light soft plastics outfits.

Big dusky flathead might require a fairly heavy leader because they can swallow the lure and can result in a bite off. Flatties are a great way to spend a windy day, especially if you want a feed. There are so many places you can catch one. Tuna trevally Hervey Bay

Smaller trevally species such as brass are great fun too and can be found in big numbers. They can occasionally exceed 70cm and become a handful at that size. Hanging out in these schools are often queenfish, tuna, snapper, diamond and golden trevally, grunter and big cobia. I often target these fish with small plastics and small jigs. Soft vibration lures work well too when the bite is tough.

Larger surface schools of tuna seem to have slowed as expected, and most of the tuna we might catch in winter are usually spotted on the sounder down deeper. The smaller numbers of tuna mean we can target fish with lighter tackle because other species aren’t as dogged as tuna and are easily subdued with 20lb braid. Tuna trevally Hervey Bay

But the odd tuna and extra-large cobia will really push a few anglers when we do hook them on smaller rods. While I’m here, let me make it clear – a 30kg cobia is not as tough to battle as a 20kg longtail. And yes, if we do catch longtail in winter, there’s a high probability it will be over 10kg.

I am looking forward to the next few months, and hope people are economically able to get out fishing. If you would like to book a trip, go to the Fraser Guided fishing website. Tuna trevally Hervey Bay

Visit Tri's Fraser Guided Fishing Facebook page @ https://www.facebook.com/FraserGuidedFishingWithCaptainSquinty?fref=ts or give him a call on 0427 230 261 to book a charter.
Previous Nowhere to hide for illegal fishers
Next Bli Bli Barra Fishing Park in winter 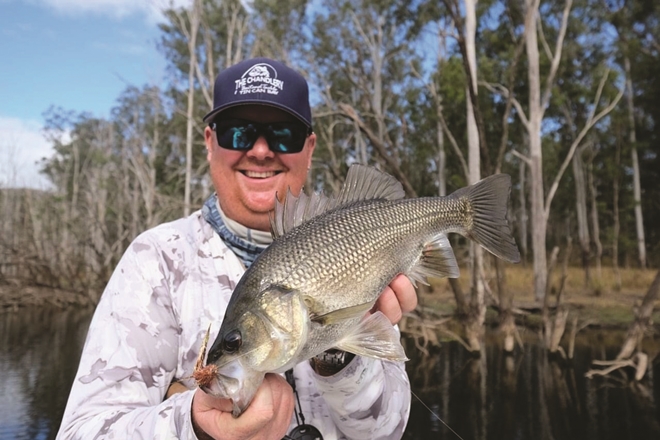 River action is heating up 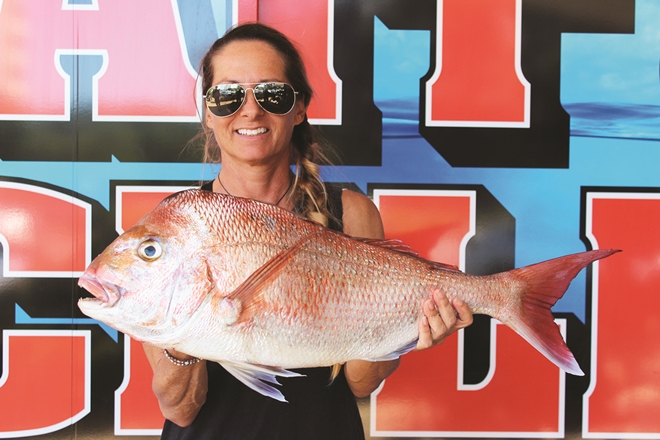 WITH winter behind us, water temperature is increasing and the species list on offer is …