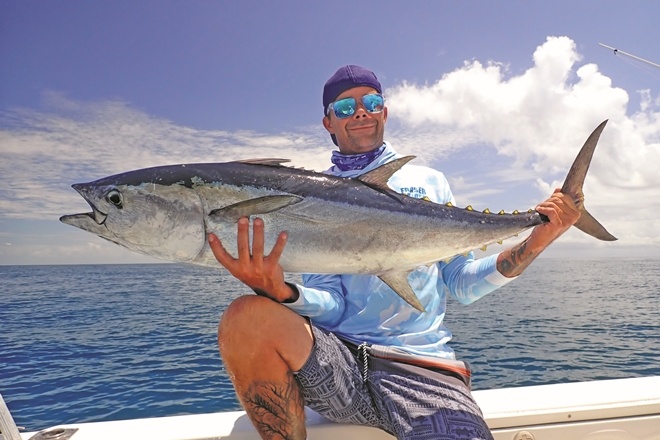 IT’S tuna time! Plenty of tuna are around but that doesn’t necessarily guarantee success. Tuna, as for any fish, can be fickle and I find the mack tuna are the worst. Throw shark attacks into the fray and what could have been a five fish day turns out to be a doughnut. Hervey Bay Tuna

There are many things you can do to help tilt the success scales in your favour and they don’t have to involve a $1,000 combo, $2,000 drone, the latest and greatest stickbait or a GoPro. It’s just basic simple things that usually bring success. Yet we find time to watch all the latest social media fads and often ignore the simple things.Hervey Bay Tuna

Step one has to be casting. It amazes me how often people who call themselves anglers have very poor technique. Casting is one of the most basic things a lure fisho does every fishing trip… unless you only drop jigs deep to the sea floor. I have seen so many styles of casting, but I don’t think you can go past the method I teach, or something similar.Hervey Bay Tuna

The physics of a tuna casting outfit doesn’t allow for much variability in technique. If you are a poor caster, it won’t matter if you have a $1,000 combo, it will only make you look more foolish. Poor technique not only means short and inaccurate casts, but also damage to your braid and leader knot from slapping around rod guides and bail arms.

At times it can slap the bail arm shut and snap the line clean off. The worst case I’ve seen… the bail arm shut, the line didn’t snap but the power of the dud cast ripped a brand-new Shimano Terez/Stella combo out of the fisher’s hands and into the loving embrace of King Neptune. Start by winding in the line and leave the lure about 50-80cm from tip – a little room here for personal preference – but beginners shouldn’t be short or too long.Hervey Bay Tuna

Your dominant hand should now grip the rod, reel seat stem between the webbing of the ring and middle fingers, thumb pointing up to the rod tip for stability. Grip is firm but not choked and inflexible. Point the index finger towards the spool. Rotate bail or rotor with the other hand until the line roller is next to the pointed fingertip.Hervey Bay Tuna

Lift the line off the line roller with the pointed fingertip – if your finger is too short, use your free hand to assist. Line tension created by the lure’s weight will prevent the line from slipping off a slightly bent index fingertip. Do not clamp the line to the rod with your fingers.Hervey Bay Tuna

Now and only now do you open the bail arm over. There should be no tangles on the reel or rod. The line should be taut from spool to fingertip, from finger to stripper guide. Face your target, lever the rod back over the casting shoulder. Support the butt of the rod at its base with your weak hand – this becomes your anchor point.

With a sword or axe chopping motion propel the lure, release the line when the dominant hand passes your ear by straightening your finger. This is the basic technique for spin gear with medium to heavy lures. You can learn more on tour with me as I don’t have the words here to do it.Hervey Bay Tuna

Visit Tri's Fraser Guided Fishing Facebook page @ https://www.facebook.com/FraserGuidedFishingWithCaptainSquinty?fref=ts or give him a call on 0427 230 261 to book a charter.
Previous Fishing for recovery lands big smiles!
Next Wet season freshwater opportunities 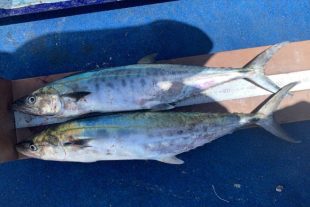 Difference between spotted and spanish mackerel 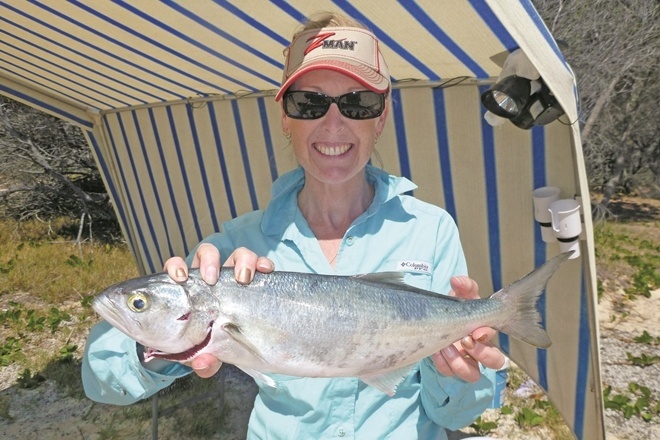 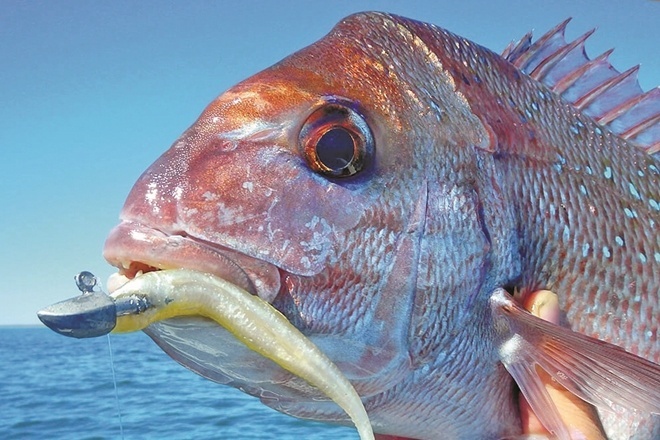 Tips for snapper in Moreton Bay

WITH winter upon us, it’s time dust the gear off and head out into Moreton …